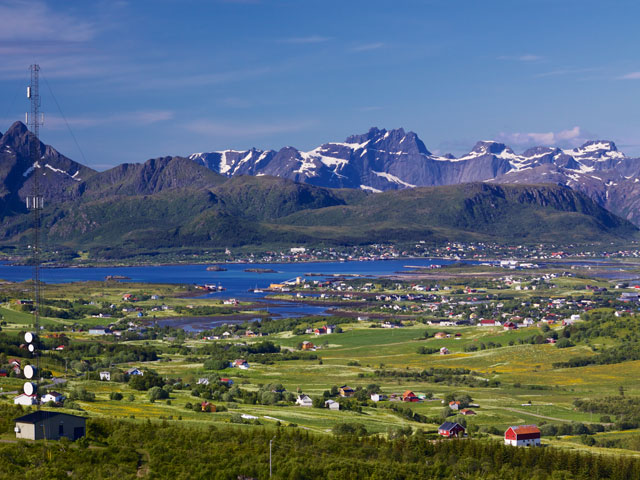 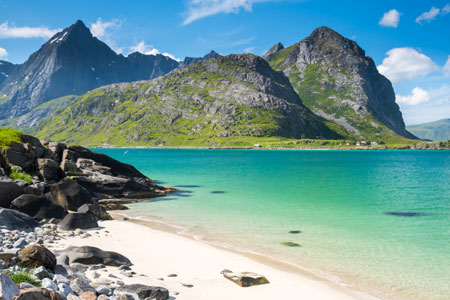 Leknes, one of the first ports inside the Arctic Circle, looks out over the stunning Lofoten Islands, which are rich in Viking history and Arctic nature. The wild landscape of jagged peaks, cliffs and bright-white sandy beaches makes the area one of the most picturesque in Norway.

The nearby village of Borg is home to a Viking museum, based on one of the largest buildings of the Viking era that has ever been discovered.[ReadMoreMob] The museum is very much alive: partly lit by oil lamps, it has exhibits of gold fertility figures, pottery, and glassware and regular displays of handicrafts. In the outside area are domestic animals, many of which are ancient breeds that were raised by the Vikings.

Leknes and the Lofoten Islands have some of the most striking scenery in Norway, combining mountains and cliffs with lush-green landscapes.

Typically, the words Arctic and beach are not typically mentioned in the same sentence, however, on the Lofoten islands there are perhaps some of the most spectacular beaches you will ever see.