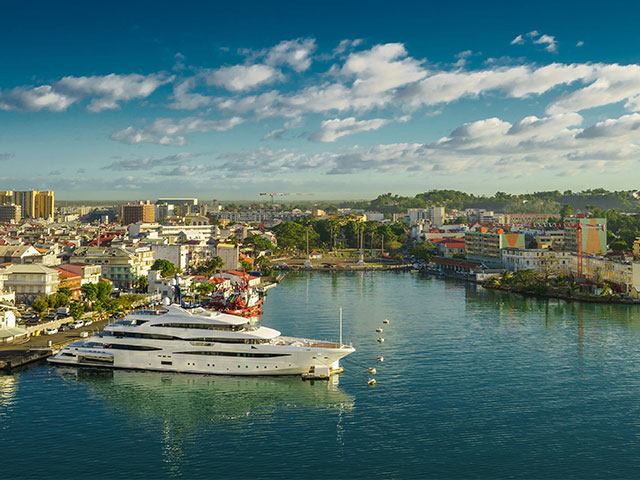 An example of the Caribbean at its most authentic, Pointe-á-Pitre – the largest city of Guadeloupe – blends French tradition and style with Creole culture and the spectacular scenery you have probably come to expect from one of the world’s most beautiful regions.

Compact and easily navigable, yet energetic and oozing with the Caribbean’s renowned vibrancy, this colourful city makes for the perfect spot for a few rewarding hours of exploration. Taking to the busy streets and squares on foot reveals bustling markets, where exotic fruits, vegetables and traditional Creole cuisine is on offer, as well as impressive colonial monuments and fine examples of European-influenced architecture, such as Église Saint-Pierre et Saint-Paul and Museum Saint John Perse.

In amongst the centuries-old sites, the futuristic Mémorial ACTe Museum – built in 2015 in dedication to the influences of slavery and colonialism – is a must-visit to delve into the fascinating history of Pointe-á-Pitre and Guadeloupe. Meanwhile, the picturesque park and plaza of Place de la Victoire, with its palm trees, historic houses, sidewalk cafés and views of the harbour is an ideal escape from the hustle and bustle of the city centre.