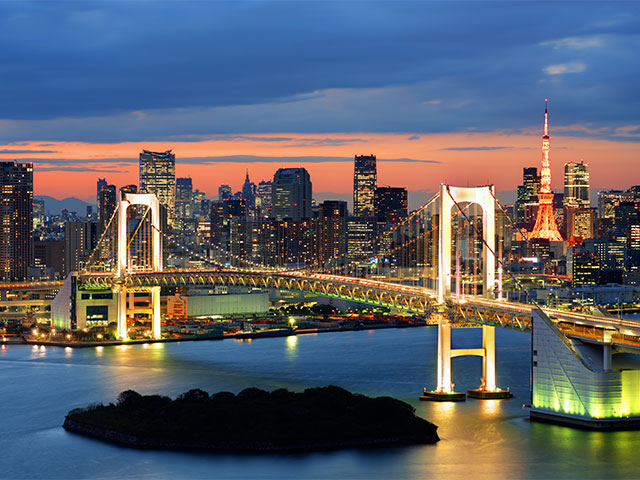 Tokyo is a vast and enticing city - the Tokyo Metropolis spans not just the city itself but encompasses rugged mountains to the west and subtropical islands to the south. The city centre - with its huge skyscrapers and dazzling neon lights, is exciting and vibrant, while the temples and gardens dotted around the capital offer a taste of traditional Japan.

Despite its size, much of the region is covered by forest, with an abundance of Japanese cypress.[ReadMoreMob] Considered to be one of the main economic capitals of the world, along with London and New York, Tokyo City has a reputation for being a jungle of concrete, wires and neon lights, but it includes an astonshing array of sights such as the temples of Asakusa and the gardens of the Imperial Palace.

Spot the Tokyo Metropolitan Government building (in effect, Tokyo's City Hall), the highest building in Tokyo. Its twin towers have viewing platforms that offer a great view over Tokyo and beyond.