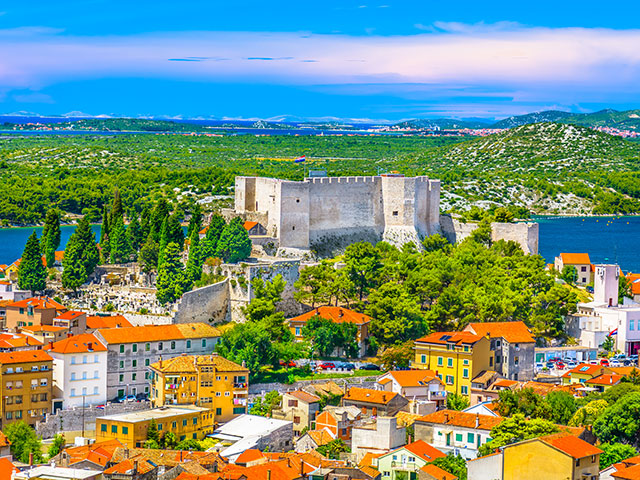 Lesser known than the beautiful, yet well-trodden cities of Split and Dubrovnik, Sibenik offers all of the quintessential delights than one might have come to expect from destinations situated on Croatia’s glorious Adriatic Coast.[ReadMoreMob]

Sibenik is situated within a deep bay, one of the best-protected harbours found anyway in the Adriatic region, and boasts spectacular surrounding landscapes, while the city itself is a sight to behold from the first moment it comes into view; typically Croatian scenes of white-washed, terracotta-topped buildings hint at the type of treasures awaiting discovery ashore.

Wander the little, steeply-angled streets and attractive squares framed by a mix of centuries-old architectural gems, shops and cafés reveal themselves; particular highlights to see-out include the impressive town hall, the churches of St Barbara and St Fran, and the piece de resistance: Cathedral Sveti Jakov. Built in the early 15th century, UNESCO-listed Sveti Jakov is considered one of Croatia’s finest and most important Renaissance-era landmarks, built from limestone and marble under the supervision of the great Croatian stone masters Juraj Dalmatinac and Nikola Firentinac.