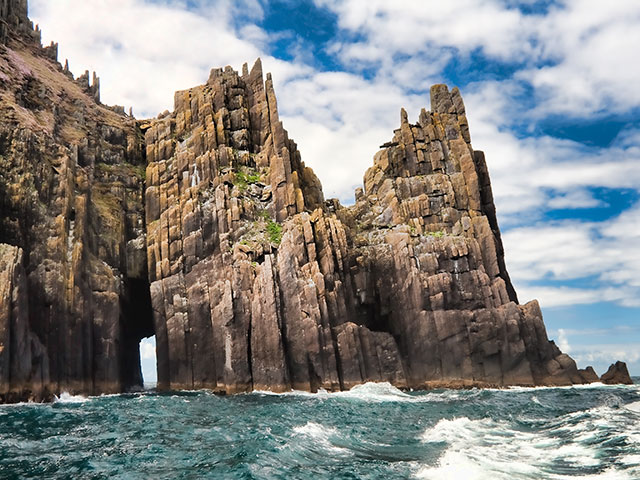 View all Cruising by Inishnabro cruises

Many Irish cities and towns are famed for their churches and religious sites, but there is one ‘cathedral’ along Ireland’s spectacular Wild Atlantic Way that a lot of people may have never even heard of, let alone seen, called Inishnabro. [ReadMoreMob]

Ok, so Inishnabro isn’t actually a cathedral as such. In fact, its an incredible rock formation that Mother Nature has crafted to rival the grandeur of even the most magnificent gothic-style architectural wonders. Its towering sea stacks, which resemble church spires reaching out of the Atlantic Ocean to the skies above, make for an incredible sight, and cruising by on a smaller-sized Fred. Olsen ship is a chance to see them in all their glory.

Cruises to Cruising by Inishnabro