At the top of the UK, Scotland is a land of mountain wildernesses sprinkled with glacial glens and deep lochs. Despite its modest size, Scotland has an array of treasures squeezed in – bold skies, dramatic landscapes, extraordinary wildlife, a burgeoning local food culture and a refreshing, no-nonsense personality. Scotland’s haven of wildlife has birds of all shapes and sizes soaring above the sea stacks of the Highlands, seals basking along the shores of the Outer Hebrides, whales surfacing off the coast of Mull and ponies offering a friendly hello on Shetland. [ReadMoreMob]

Each corner of this land is steeped in the past. From the Neolithic remains of Skara Brae and Loch Linnhe’s spellbinding Duart Castle to the scarred battlefields of Bannockburn and Culloden, much of the nation’s history tells a tale of a struggle against the odds. Scottish museums like Dundee's Discovery Point, the Orkney Radio Museum and Glasgow's Kelvingrove all point to the huge influence the nation’s inventors, explorers and artists have had across the globe. Cultural experiences stretch from the poetry of Robert Burns to the swathe of contemporary bands and musicians who grace today’s music scene. Local heroes appreciated around the world every bit as much as the locally-produced tartans, tweeds and single malt whiskies. Add to that, the new-found respect for Scotland’s farm to fork approach to its cuisine: seafood, venison, organic veg etc. all freshly delivered and of the highest quality.

From the Trossachs to Fingal’s Cave, from Edinburgh’s Military Tattoo to the monsters of Loch Ness, Scotland’s captivating scenery, sprawling countryside, ancient historical sites and culture-rich cities are some of the most-visited and most-popular, not only on this Sceptred Isle, but across the entire world.

Located north of Skye, the Storr is the highest point on the Trotternish Ridge – the longest geological landslide in Great Britain, which has resulted in spectacular scenery stretching for more than 30 kilometres (18 miles). The Old Man of Storr – Bodach an Stòrr in Gaelic – is a large, impressive rock pinnacle which rises to 535 metres (1,755 feet) and dominates the area.

No visit to the Isle of Skye would be complete without discovering Dunvegan Castle, Scotland’s oldest continuously inhabited castle. Situated on a rocky outcrop on the shores of Loch Dunvegan, approximately 35 kilometres (22 miles) from Portree, the castle has been the home of the Chiefs of Clan MacLeod for 800 years. On display here are a magnificent collection of oil paintings and clan treasures, including the Dunvegan Cup and the Fairy Flag, which is said to have magical properties. The estate also boasts extensive gardens with trees, plants, flowers and streams.

Situated on its own small island overlooking the Isle of Skye, Eilean Donan Castle is one of the most iconic sights of Scotland. One of the country’s most recognisable castles, this impressive fortress often appears in photographs, films including Highlander and The World Is Not Enough, and – most famously – on shortbread tins. The castle was founded in the 13th century and was home to Clan Mackenzie and Clan Macrae. After it was partly destroyed in 1719 during a Jacobite uprising, the castle lay in ruins for almost two centuries until Lieutenant Colonel John Macrae-Gilstrap purchased the island in 1911. Over the years the castle was restored to itsformer glory and it reopened in 1932.

Scrabster Castle, alternatively known as Bishop's Castle or Bishop's Palace, first recorded in 1328, is visible today as an earthwork and upstanding ruins. The area also
includes the remains of prehistoric settlement and World War II defences. Almost nothing now remains of the castle beyond a couple of grassy mounds and a rather more
modern pillbox built on the site. 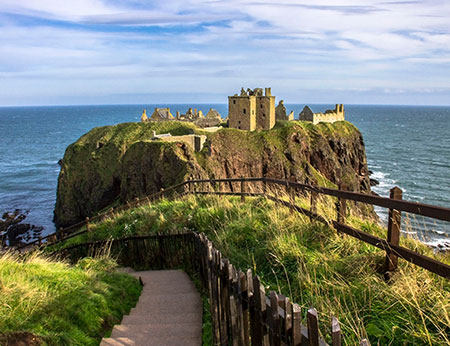 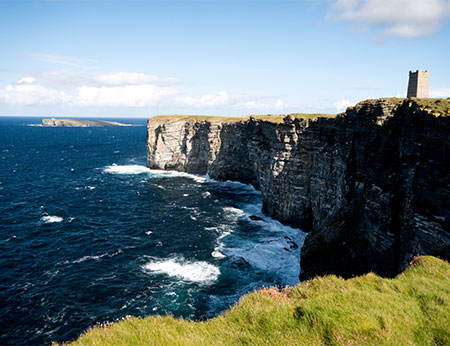 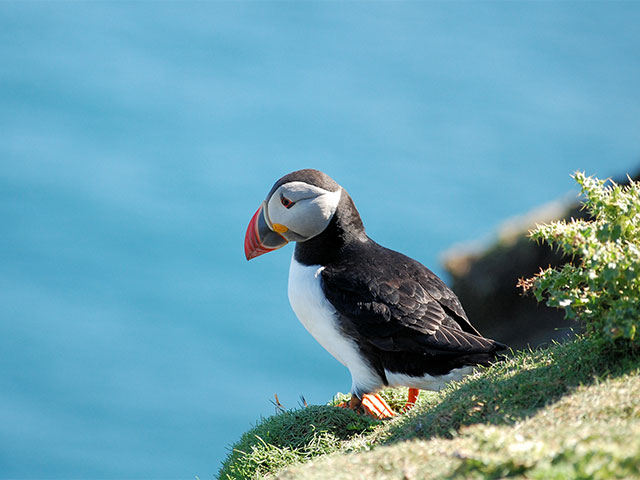 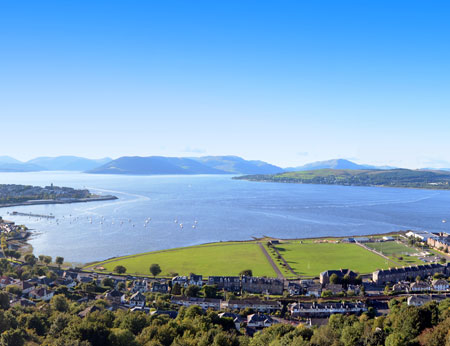 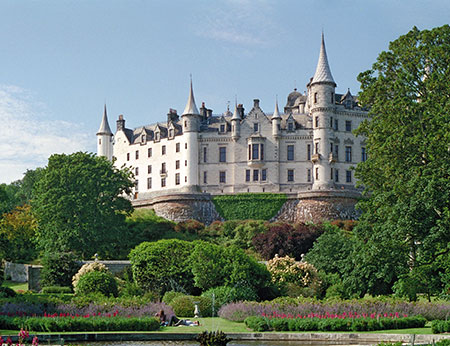 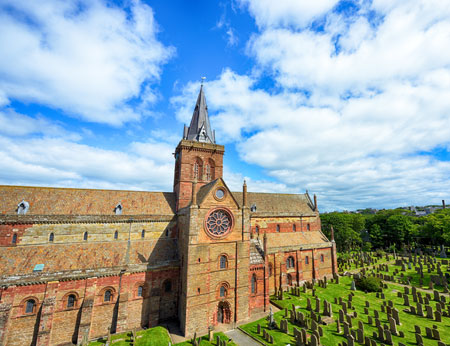 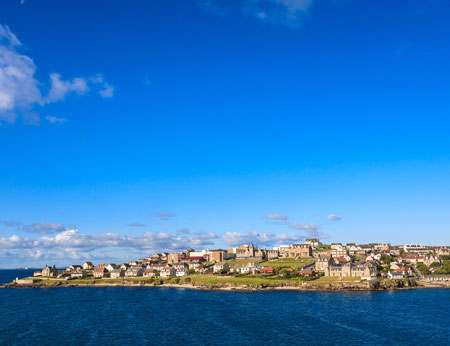 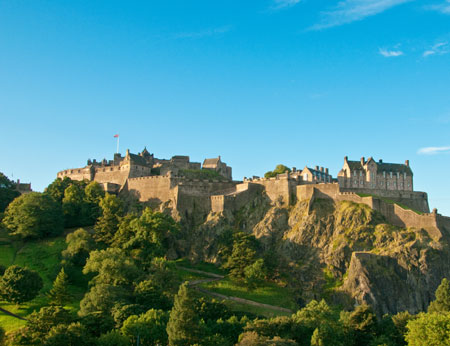 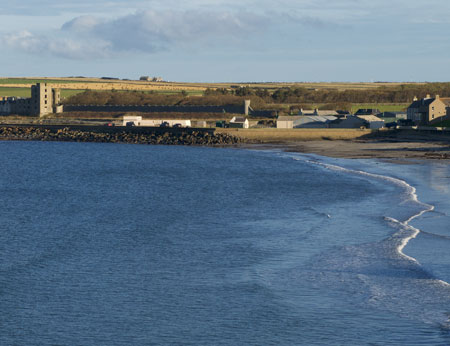 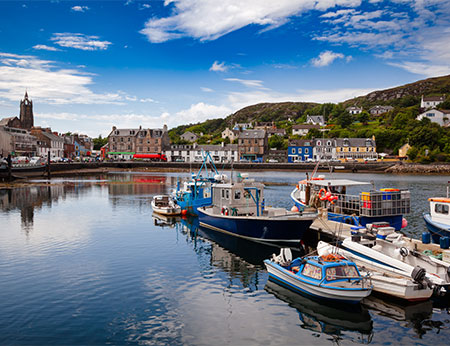 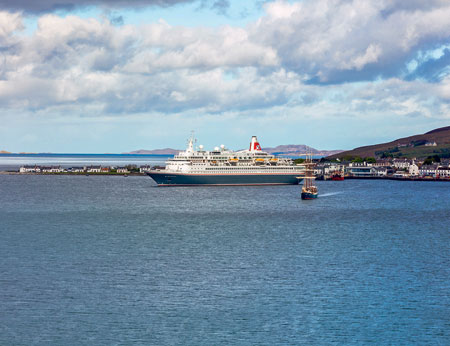 Scotland with the Isles of Orkney and Mull

Exploring the Capitals of the Baltic

Uncovering the Natural Wonders of Iceland

A Voyage to Remote Spitsbergen

Exploring the Lochs of Scotland

Scottish Isles with a Taste of Norway

Isles of the UK

Cruising the Fjords of Norway

Scotland with the Isles of Orkney and Mull 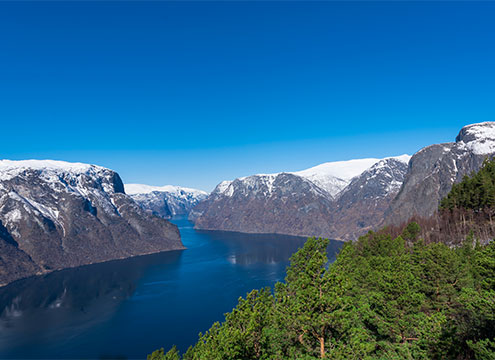 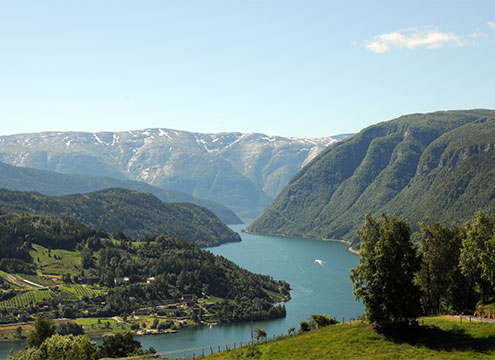