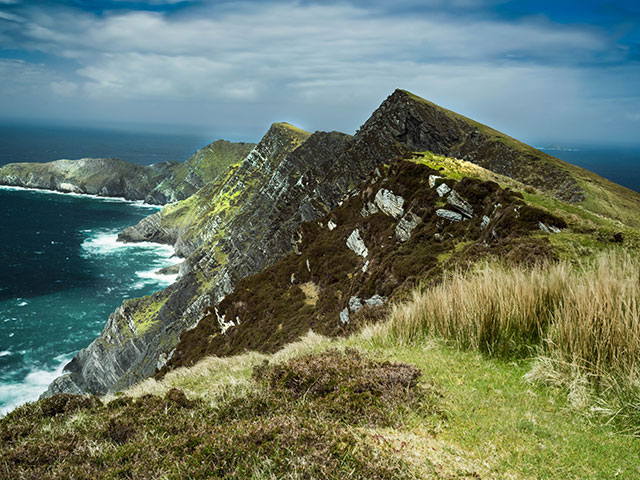 A towering natural landmark on the shore of Achill, a rugged island in County Mayo, mighty Croaghaun mountain makes for a magnificent sight as you sail along the western coast of Ireland.

Reaching 688 metres high from the water's edge, Croaghaun is Ireland's tallest peak, and boasts the country's highest sea cliffs, as well as the third highest in Europe. The dramatic, sheer-faced rocks and quartz-laden ledges don't just look spectacular: they provide the perfect natural habitat for sea birds and other bird species, including peregrine falcons.

Cruises to Cruising by Croaghaun