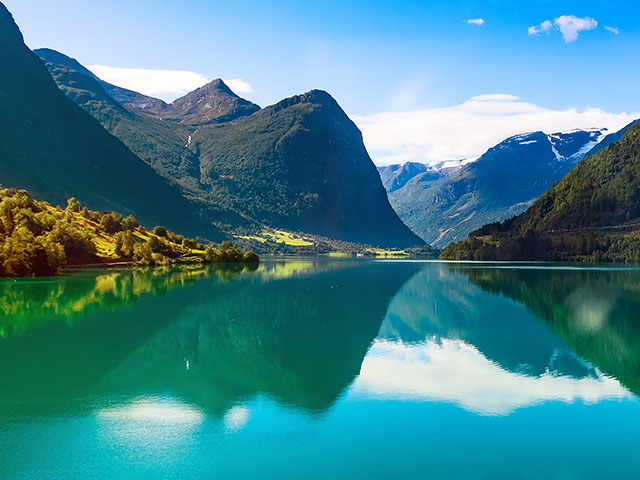 The sixth longest Norwegian fjord, and one of the most picturesque, beautiful Nordfjord stretches from mainland Norway's western-most point – overlooking Stadhavet, Sunnmørsalpene and Ålfotbreen – to the magnificent Jostedalsbreen, Europe's largest inland glacier.

The ocean entrance to the fjord is relatively flat, with low-lying lands and smooth beaches. As you venture deeper, the landscapes become taller and untamed, where isolated villages appear amongst a panorama of lush valleys, mighty cliffs and soaring alpine mountains.

When you divert into Eidsfjorden aboard one of our smaller-sized cruise ships, yet more everchanging, breathtaking scenes appear within your viewfinder. Like Nordfjord, the landscapes here are often fairly low-lying, but as you journey along the crisp, still waters a number of prominent nature-carved landmarks are seen, from sky-reaching mountain peaks to rolling, verdany hills. 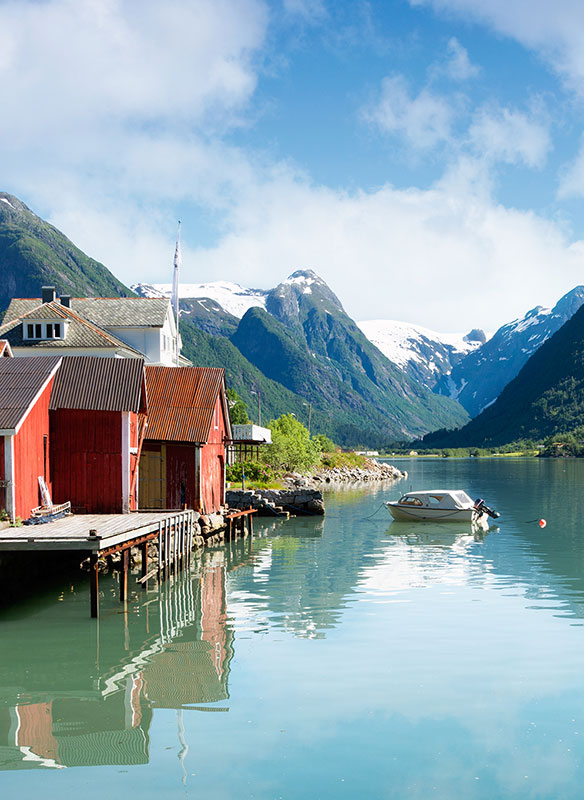 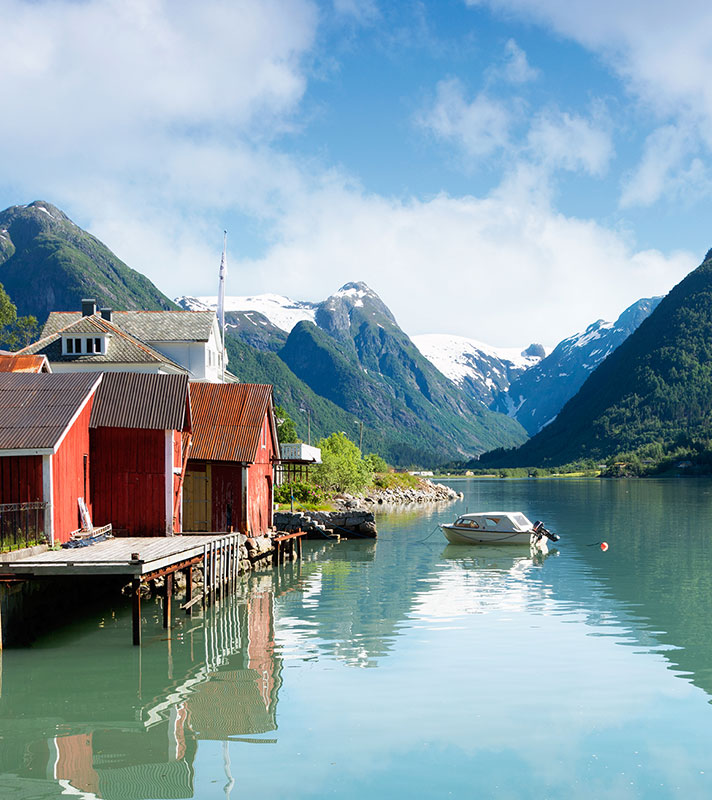 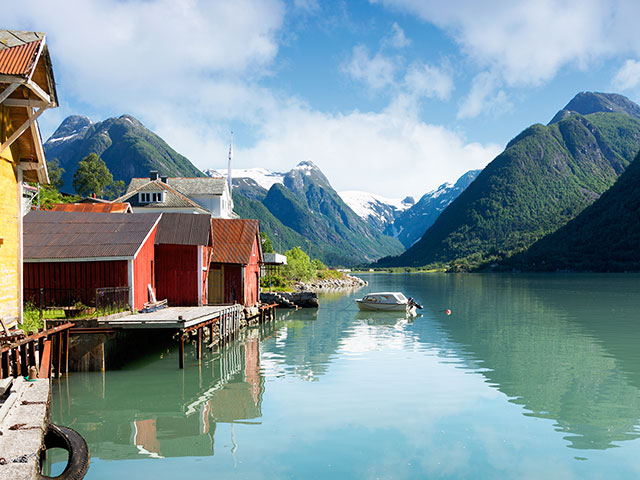 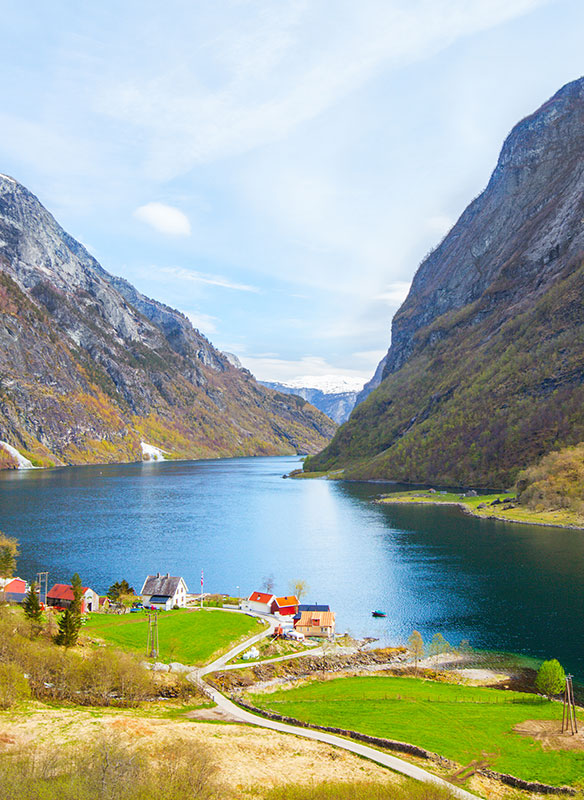 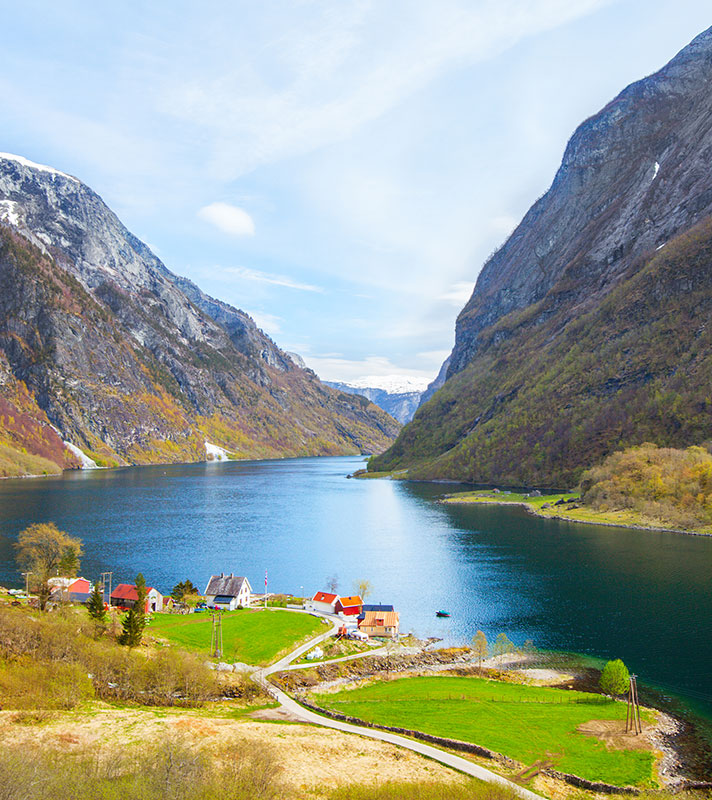 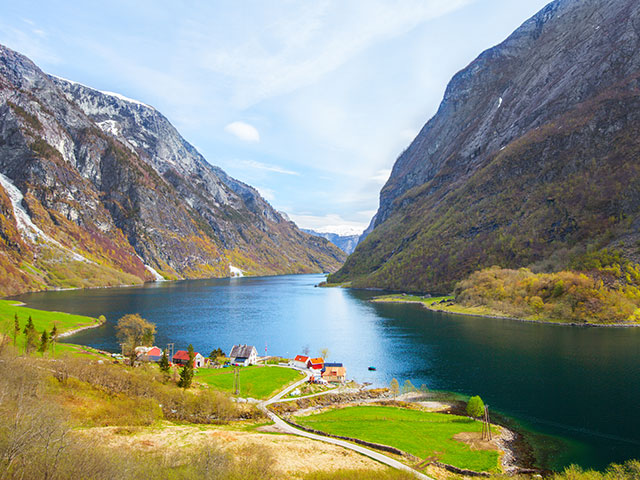