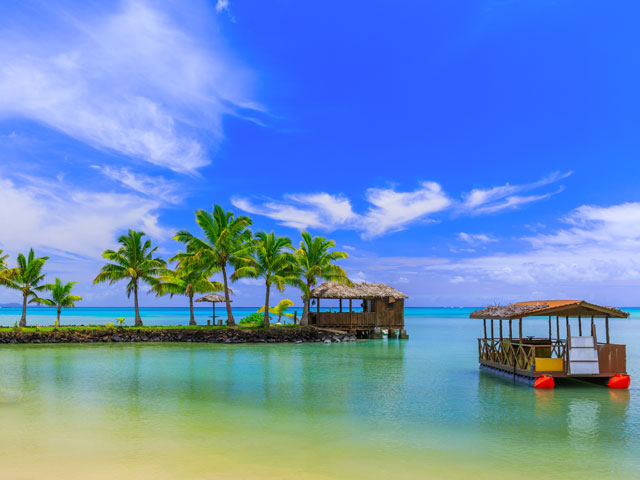 Located in the heart of the Pacific Ocean, the stunning islands of Polynesia are halfway between New Zealand and Hawaii. With some of the most beautiful landscapes in the world, including thundering waterfalls and lush green tropical rainforests, fringed by white sandy beaches, Samoa really does epitomise paradise.  [ReadMoreMob]

Explore the only city, Apia, where traditional Samoan houses stand alongside colonial churches from the 19th century, shops and markets, and even modern late 20th century buildings. It is also the final resting place of Robert Louis Stevenson, where his former house is now a museum.