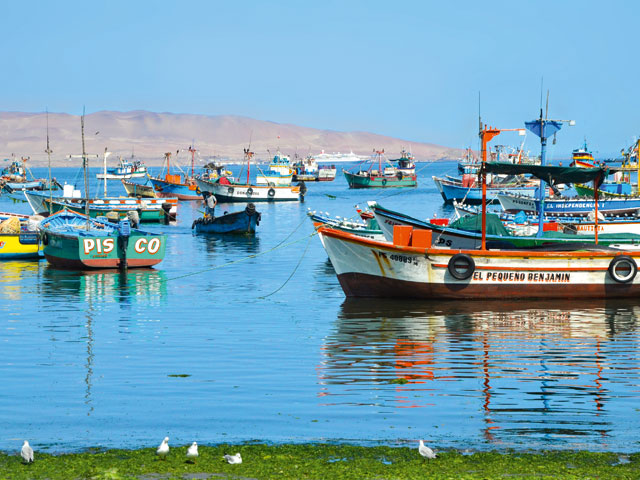 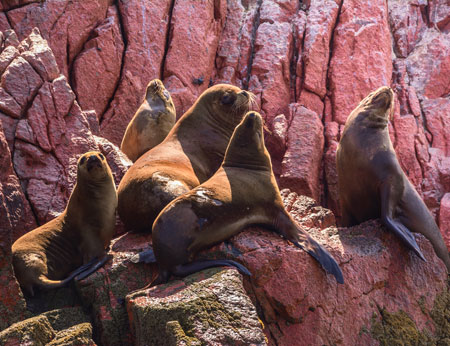 The small port town of Paracas on Peru's west coast, has a reputation for wonderful beaches, and is a destination point for the uninhabited Ballestas Islands, home to sea lions, pelicans and Humboldt penguins.

Much more than a thriving deep water port, Paracas is perfectly placed for tours to many of Peru's most spectacular natural wonders.[ReadMoreMob] Close by is the rugged, wildlife-rich Paracas National Reserve that spans desert, ocean, islands and the Paracas Peninsula. This designated UNESCO World Heritage Site is a sanctuary for seals, penguins, flamingos and dozens of seabird species – and home to the glorious Athens Beach.

The Islas Ballestas – affectionately known as the Peruvian Galapagos, are volcanic islands that boast spectacular scenery and are home to countless cormorants and Inca terns, as well as breeding sea lions. The Paracas Candelabra, also called the Candelabra of the Andes, is a well-known prehistoric geoglyph found on the northern face of the peninsula, and is a must to witness and capture on camera.

This group of islands is known for its superb wildlife populations and rocky landscapes. Although they are protected, meaning tourists are not allowed ashore, visitors can catch sight of the islands’ impressive array of wildlife from a boat tour.

Peru’s national drink, Pisco is a grape brandy which was first created by Spanish settlers in the 1600s. When the Spanish people first started distilling, they baptised the grape brandy with the name of ‘Pisco’, along with the port from where it was shipped out. The brandy is made from grapes grown south of Lima in the region of Ica.

Large numbers of sea wolves (South American sea lions) and Humboldt penguins can be found on and around the Islas Ballestas, along with many other types of wildlife and birdlife. The mighty sea wolves are often seen playing in the water near tourist boats.

Mystery surrounds these ancient desert drawings, including straight lines, shapes, figures, animals and plants, which can only be seen from above. Hundreds of these geoglyphs can be found in the Nazca Desert, some up to a staggering 30 miles in length.