Here, at award-winning Fred. Olsen Cruise Lines, we feel it is a real privilege to undertake this wonderful joint venture with The Arts Society Tours. A number of your members and Accredited Lecturers have already experienced the Fred. Olsen difference and the benefits of smaller ship cruising on our four more intimate, classically-designed ocean ships: Balmoral, Bolette, Borealis and Braemar – and we look forward to welcoming you on board for many more exciting voyages to come!

We are pleased to have secured an Accredited Lecturer of The Arts Society on all cruises listed below. These guest lecturers who are experts in their fields will provide a series of lectures on board as well as hosting selected shore tours and a private group drinks party.

Freelance writer, reviewer and lecturer. Dramaturg of Welsh National Opera from 1989–2012. After studying English at Cambridge, he taught for two years in Italy and for three at Kyoto University. He has published novels, poetry, librettos and translations. He teaches courses in the History of Opera at the Royal Welsh College of Music and Drama and at the Wales International Academy of Voice, as well as lecturing on opera tours and cruises. 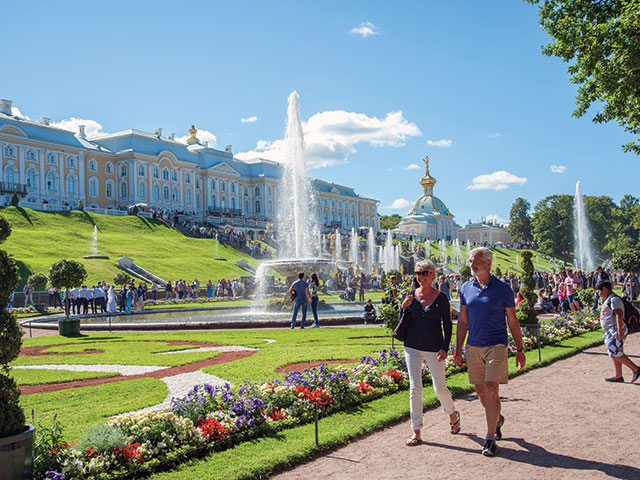 Hidden Gems of the Norwegian Fjords

Dr Patricia Andrew FSA AMA has degrees in English Literature from Nottingham and History of Art from Edinburgh. She has been a curator of museums and galleries in Eastbourne, Chelmsford and Durham, and has also served as Deputy Director of the Scottish Museums Council. She has lectured for the University of Edinburgh, and was made an Honorary Fellow in 2017.

She lectures to a wide range of organisations including the National Galleries of Scotland and their Friends. As a cruise-ship lecturer, she has specialised in the Baltic and the Mediterranean, and has visited Norway many times. Patricia’s research centres on British art and artists, at home and abroad, from around 1700.  Her book, A Chasm in Time: Scottish War Art and Artists in the Twentieth Century, won the Saltire Society’s award for the best history book in Scotland 2015. For the 2022 cruise to Norway, Patricia will be lecturing on Norway in art, past and present, and The man behind ‘The Scream’: Edvard Munch’s life and work. 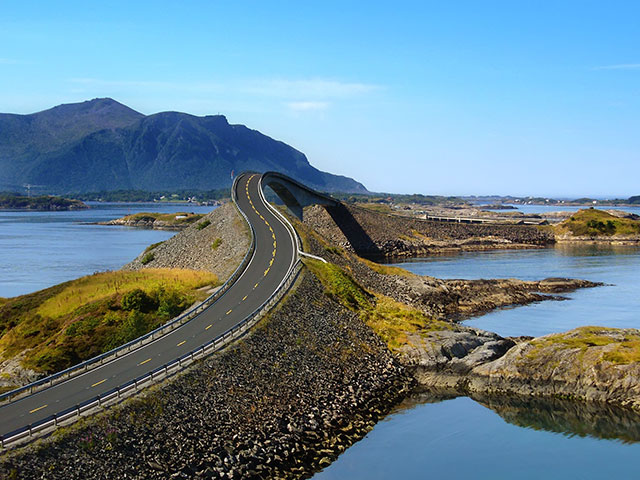 Julia has loved looking at art since discovering the work of Gustav Klimt while teaching English in Austria as part of her German degree course at the University of Durham.  She spent the first part of her career teaching German, then did a Master’s in Teaching English at the University of Manchester, and went on to teach international students in the city. She became a tour guide at Manchester Art Gallery and knew at once that this was what she really wanted to do, spending every spare moment learning about art history.  She eventually left language teaching in 2018 and since then has loved spending all her time sharing her passion for art as a speaker to many different groups.  She became an Accredited Lecturer of the Arts Society in 2020, specialising in Scottish art from 1880 and the art of Manchester.  She and her astronomer husband love to travel around Europe and take every opportunity to visit art galleries wherever they go, but Scotland has always been their favourite destination! 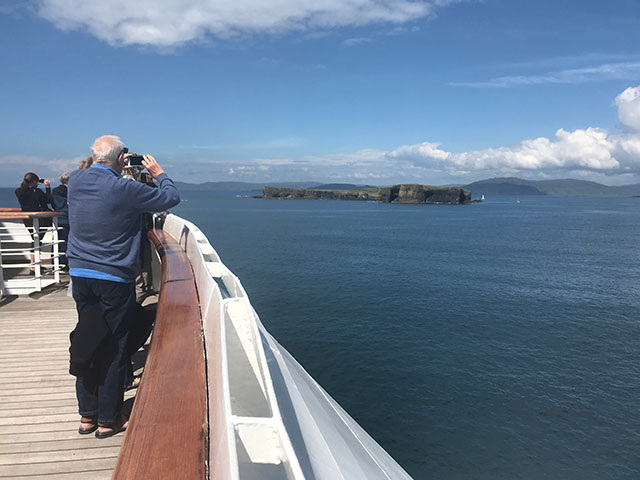 One of her specialist areas of study is the early cultural history of Britain and Ireland and she is considered a world expert on manuscripts such as the Lindisfarne Gospels and the Book of Kells. A specialist in History, Art History and Archaeology, she brings these skills to bear upon the art, buildings and artefacts of an age to give insight into the lives of those who made and used them.

She has lectured, published and broadcast widely (including Time Team, In our Time, The Beauty of Books, Heavenly Gardens, Chrisitianity: a History). Her books include: How Christianity Came to Britain and Ireland, The Lindisfarne Gospels and the Early Medieval World and Art of the Islands: Celtic, Pictish, Anglo-Saxon and Viking Visual Culture c.450-1050. 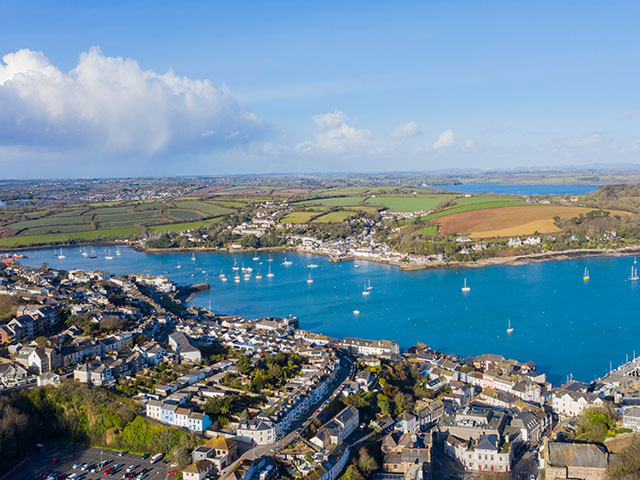 Historic Landmarks of Ancient Greece and the Adriatic

John graduated in Classical subjects at Cambridge University and taught Latin and Greek language and Ancient History – now revamped as Classical Civilization - for over thirty years at Marlborough College, Wiltshire, where he was Senior Master. His main academic interests are in Roman imperial history and the architecture of religious buildings.

Accompanied by his wife, Karen, John worked for several years teaching English for the British Council in Iran and Turkey, which gave him a now long-standing interest in Islamic culture as well as the ancient civilizations of these two countries. He and Karen have led a number of highly successful tours to Turkey and Iran in recent years and took a group to Georgia in 2014.

Since 2005 he has lectured regularly for The Arts Society, formerly NADFAS  (the National Association of Decorative and Fine Arts Societies) in the UK and abroad, including Australia and New Zealand. He has run courses on Ancient Rome and on Islam at the University of Bath, runs an annual course on Mediaeval Parish Churches at Marlborough College Summer School and guides at Salisbury Cathedral.

John has lectured on Mediterranean cruises and on classical tours to Italy, Greece and Tunisia, and having developed a great enthusiasm for SE Europe has been leading specialist tours to Romania, Croatia and (especially) Bulgaria for many years. He runs his own cultural and historical tours there and has taught himself passable Bulgarian. 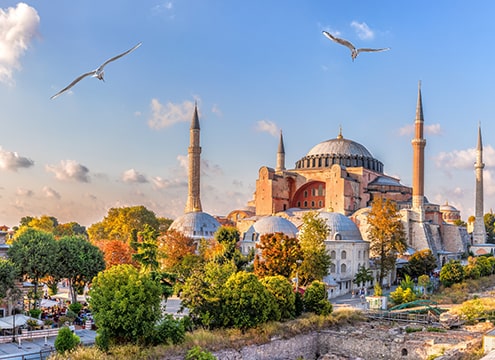 Martin is an independent Art Historian and has been an accredited lecturer for The Arts Society since 2013. He also speaks to other societies and groups throughout the country, including the National Trust. His subjects range from the Bayeux Tapestry to Brutalist Architecture via the ‘Can Can’ and Paris in the era of Impressionism. His main specialism, however, is French and British 18th and 19th century art and garden history.

Before concentrating on lecturing and research Martin’s working life was initially in fine art publishing and later information technology. He has travelled extensively, having lived and worked in Belgium and the United States for several years. In recent years he has undertaken lecture tours of both Australia and New Zealand. 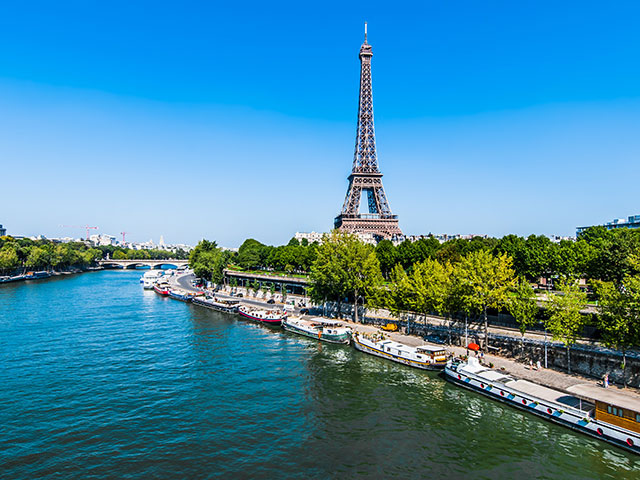 Ray has been an accredited lecturer with The Arts Society since 2016. He lectures on a range topics including painters such as John Constable, JMW Turner, Henri Matisse and Pablo Picasso; and sculptors including Barbara Hepworth, Henry Moore and Germaine Richier. Ray’s more contemporary lectures look at Pop Art and Conceptual Art.

He gained a MA in the History of Art in 2017 from the University of Buckingham. (His first degrees in the early 1970s were in economics!) He was been a guide at Tate Britain and Tate Modern since 2011. For most of Ray’s working life, he worked in health and social care as a policy maker, planner and researcher. But now his sole focus is the celebration, and communication, of art in all its many forms. 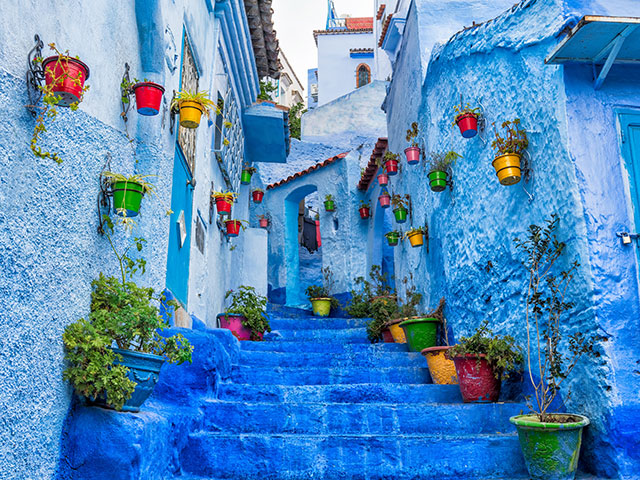 Dr. Sophie Oosterwijk was born in Gouda (Netherlands). She studied English literature at Leiden and Medieval Studies at York before obtaining two doctorates in Art History (Leicester) and English Literature (Leiden). Sophie taught Art History at the universities of Leicester, Manchester and St Andrews, and held a research post at Utrecht University. Her main areas of expertise are medieval, Netherlandish and Dutch art, with a particular focus on portraiture, death and commemoration. Sophie has published widely and was for many years editor of the journal Church Monuments. Now resident in the Netherlands once again, she is a freelance researcher and lecturer for Cambridge University, The Arts Society, and various other organisations. 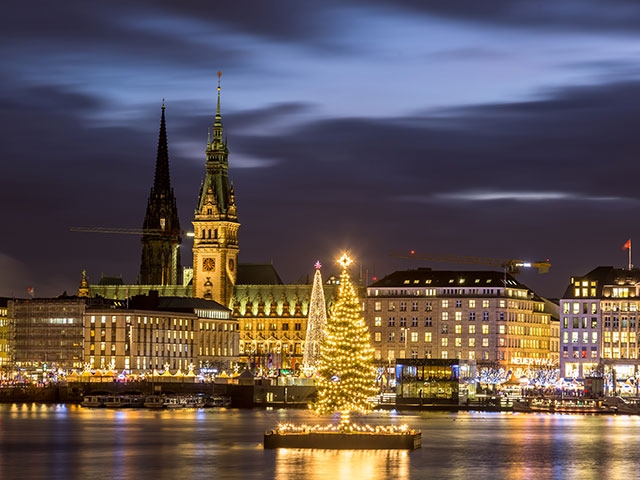 For bookings & enquiries, or to order a Fred. Olsen brochure please call our Reservations Team on 0800 0355 116, quoting the Arts Society code AFN0001

Fares are person, based on standard occupancy of the lead-in cabin of category, subject to availability. All pricing is capacity controlled subject to availability. Offers may be approved or withdrawn at any time without prior notice & cannot be applied retrospectively. All bookings are subject to Fred. Olsen’s standard terms & conditions, available on our website & on request. Some ports may be at anchor, intermediate days are at sea. FOCL reserves the right to amend itineraries for operational reasons. All FOCL shore tours are offered at an additional charge, on sale approximately 12 weeks prior to departure. The free on board spend credit is per person, based on the amount specified above. Free spend is automatically applied to guests’ on board accounts and cannot be transferred, refunded or exchanged for cash. The Arts Society group drinks party on board operates subject to minimum numbers, & includes house wine, sherry, soft drinks & cold canapes, to be hosted by the Arts Society group leader (lecturer). Arts Society bookings must be made under the Arts Society account code AFN0001. Arts Society guest lecturers are correct at the time of going to print February 2022, & may be subject to change. E&OE.