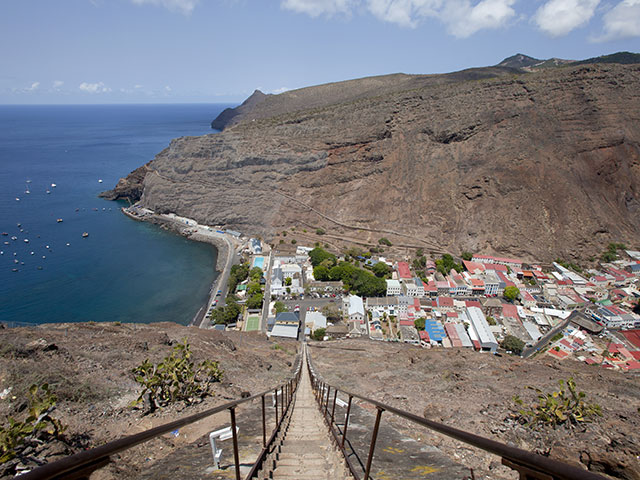 The beautiful isolation of Jamestown, the capital of St. Helena, lies in the middle of the Atlantic Ocean, It is the final resting place of Napoleon, who was exiled there, and his gravesite in a colourful, flower-laden glade can still be visited.

Still a British Overseas Territory, the town’s main attractions include the Museum of Saint Helena, which showcases St. Helenian stamps, island communications, religious icons and geological specimens;[ReadMoreMob] The Cenotaph; and the view from Jacob’s Ladder – its 699 steps rise from the capital to Half Tree Hollow above.

Jamestown’s temperature is consistently warm and pleasant throughout the year, moderated by its proximity to the ocean. This historic village boasts the oldest Anglican church in the Southern [ReadMoreDesk] Hemisphere – the 18th century St. James' – plus numerous handsome Georgian manses that line a very British Main Street.

Nobody was more reluctant to come to isolated Saint Helena than its most famous resident, Napoleon Bonaparte. Longwood House, where the iconic one-time emperor lived from 1815 through to his death in 1821, is now an insightful museum within reach of Jamestown.