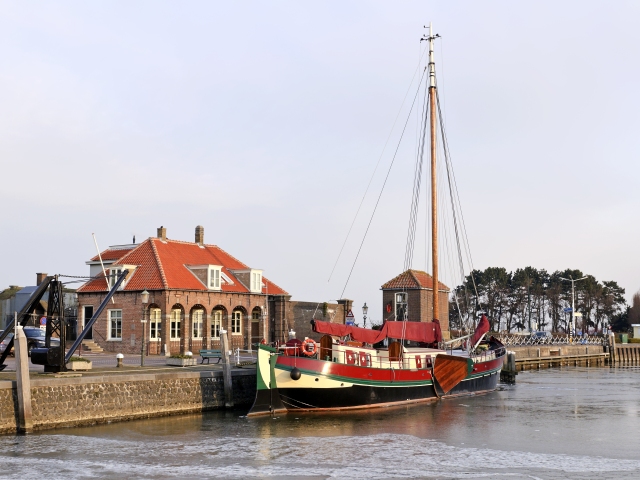 This historic fortified settlement emerged in the late 16th century when, under the orders of William of Orange, seven imposing fortifications were built to establish the village of Ruygenhil as a key strategic position on the confluence of the Hollands Diep, Haringvilet and Volerak waterways. While plans to create a naval port here never came to fruition, the village – renamed Willemstad after the death of William of Orange – served for several years as an important fishing and trading centre.

Beautifully well-preserved, the Willemstad of today retains its historic charm and has been largely untouched since the bastions and ramparts appeared here all those centuries ago. In the 1970’s Willemstad’s main, seven-pointed star-shaped district was declared a conservation area to protect the centuries-old buildings, monuments and fortifications, and it is here where you will find the most interesting and impressive sights. The 17th century Mauritshuis, the former residence of Prince Maurits; the Dome Church, the Netherlands’ first Protestant worship site; the gothic-revival style Blessed Virgin Mary Church; D’Orange Mill from 1734; and the 18th century Arsenal building are among the most popular of Willemstad’s many attractions.