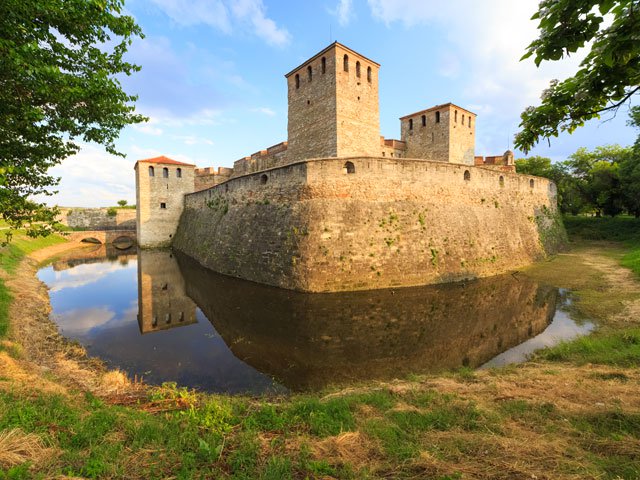 Tucked away far in the northwest corner of Bulgaria on a bend of the Danube River, Vidin seems a long way from anywhere else. This ‘middle of nowhere’ feel only adds to this pretty port town’s charm though; the population is small and unlike many of the larger, better-known tourist hotspots in the surrounding region, Vidin – despite being a popular river cruise destination – isn’t flooded with visitors all year round. This ensures that, no matter when you visit, the town is always a rewarding and relaxing place to enjoy some time ashore during a Danube River cruise.

Vidin is one of Bulgaria’s oldest towns. Founded in the 3rd century BC by a Thracian tribe, it later became part of the Roman Empire and a capital of the Bulgarian Kingdom until the 14th century, when the Ottoman Empire ruled the region. The influence of Vidin’s fascinating past can still be seen today, in the town’s mix of ancient Roman, medieval, Turkish and modern architecture, and collection of impressive historical landmarks.

The Baba Vida Fortress – one of the best-preserved medieval fortresses in Bulgaria – is the finest exhibit of the town’s history and a must-visit site. Originally built between the 9th and 10th centuries on the ruins of a Roman fortress, Baba Vida has been rebuilt several times, and in several different styles, over the years. The town’s other notable highlights include the Kaleto Fortress; the beautiful orthodox churches of St Pantaleimon, St Petka and St Great Martyr Demetrius, built between the 17th and 19th centuries; the 19th century Jewish synagogue; the mosque; and an abundance of charming Renaissance-style buildings.