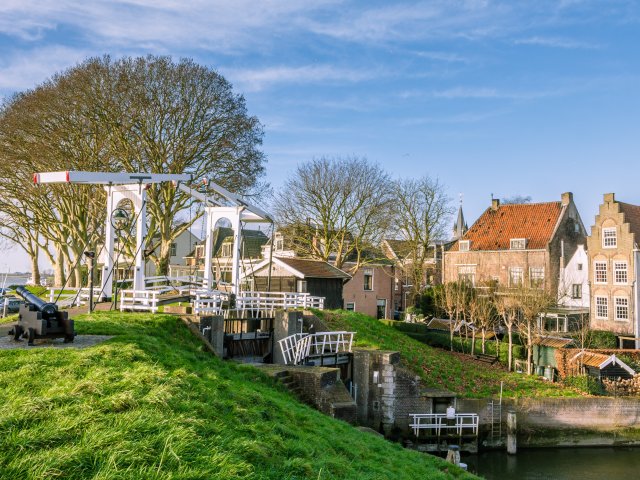 Although this historic city was an important shipping, brewing, fishing and agricultural centre for many years after its foundation on the banks of the River Lek in the 13th century, Schoonhoven is best known for its thriving precious metal trade. Since the 17th century the city has been a hub for artisan gold and silver smiths; and a few local craftsmen continue to forge jewellery, trinkets and more here today. It is no surprise that the Schoonhoven is affectionately known as the ‘Silver City’.

As Schoonhoven is relatively small, the ancient streets, harbours and canals are easily taken in on foot; and despite the city’s size, there are plenty of sights and highlights to uncover including 14 Dutch national monuments and an array of charming gabled houses. The main attraction of course relates to Schoonhoven’s silver industry. The Netherlands Silver Museum is a must visit to see the stunning collection of locally-made silverware, as well as number of 18th century clocks and watches which were made in the city too. The 17th century Veerpoort; the 15th century gothic-style Town Hall, which features an impressive bell tower; Bartholomew Church; and the remnants of the original city walls are well worth stopping-by too.