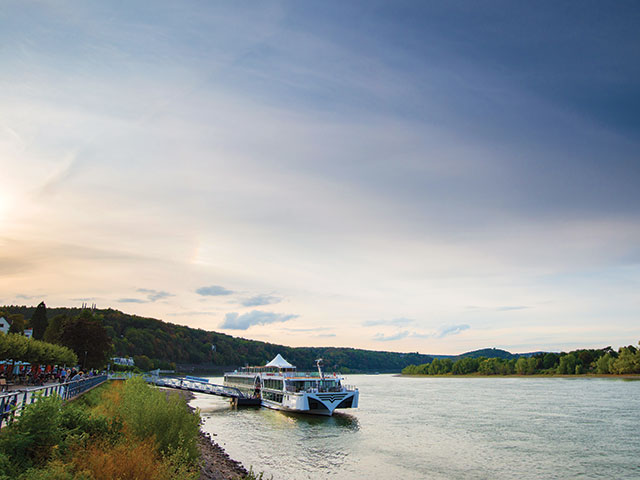 Believed to have played a major role in bringing about the end of World War Two, Remagen – situated on the Rhine River just a short distance south of Bonn – is one of the most important towns in German history. It’s here where the infamous Battle of Remagen took place in March 1945, which led to the capture of the Ludendorff Bridge by Allied forces and eventually the downfall of Hitler as the Allies stormed Germany’s western front.

Although the Ludendorff Bridge no longer spans the Rhine here – it unfortunately collapsed shortly after the Battle of Remagen – the bridge’s foreboding black-basalt towers still stand defiantly on the west bank of the river today. These towers are Remagen’s most popular attraction and house the interesting Friedensmuseum (Peace Museum), which offers a fascinating insight into the history of the Ludendorff and Remagen before, during and after the war.

There is much more to Remagen than its role in World War Two though. Venture away from the river and into the ancient town centre and you’ll discover traces of Remagen’s past which long predate the towers of the Ludendorff. Among the historic highlights are the imposing Roman-Gothic Church of St Peter and Paul – which stands on the ruins and relics of a Roman fort – and the Pfarrhoftor, an impressive parish gate featuring many late Romanesque carvings. Just north of the city centre is the spectacular Apollinariskirche. This stunning mid-19th century church was built in tandem with Cologne’s world famous cathedral and features soaring spires and beautiful frescoes – a sight that’s not to be missed.