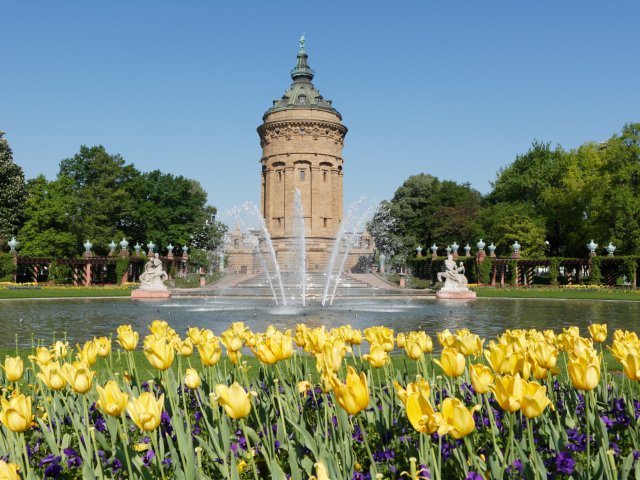 A small fishing village throughout the Middle Ages, Mannheim – situated at the confluence of the Rhine and Neckar rivers – didn't become a city until the 17th century, when Frederick IV built the Friedrichsburg Fortress and laid the first streets and avenues here.

By the 20th century Mannheim had developed into one of Germany's leading industrial and engineering cities, it's here where Karl Benz patented the first motor car and BASF – the world's largest chemical company – was founded, so unsurprisingly the city was targeted by Allied bombing raids in World War Two. Almost completely destroyed, very little of the original city remains today. However that's not to say that modern Mannheim isn't just as important, or interesting, as it was before the war.

Extensively rebuilt between the 1950s and the 1980s, Mannheim is once again a lively industrial hotspot, home to some of the world's biggest automotive, computing, pharmaceutical and consumer goods companies. The city is also an energetic cultural hub, with plenty of sights and attractions to discover amongst its 'chessboard-like', uniquely laid-out streets. Perhaps stop by the National Theatre for fantastic opera, ballet and plays; try culinary treats and locally-brewed beers at one of the many pubs and restaurants; or visit fascinating museums such as the Reiss-Engelhorn Museum, the Technoseum and the Kunsthalle Art Gallery.

There a few historic highlights to discover too, including the iconic Water Tower, one of the finest examples of German Art-Nouveau architecture; the stunning sandstone Schloss, Germany's largest Baroque palace; and the beautifully ornate Baroque churches of Schlosskirche and Jesuitenkirche.