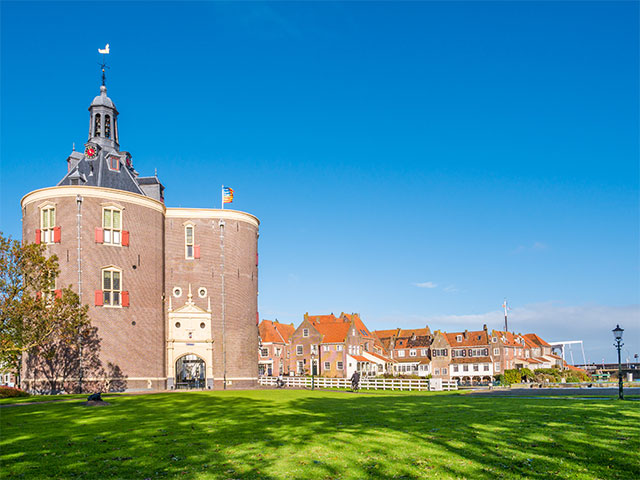 The old Dutch harbour town of Enkuizen is situated on the Ijsselmeer, Holland’s largest lake, and boasts a superbly preserved historic centre. During the Golden Age, it sheltered the Dutch merchant fleet; but is famous now for its herring fishing and its charming, quintessentially Dutch ambience.

Visiting Enkuizen on board Brabant offers a superb way to experience this fine city and its many attractions, such as the Zuiderzeemuseum. This open-air museum beautifully reconstructs life in the city, and visitors can explore fishing villages, windmills and family homes. The indoor section has the Netherlands’ largest display of wooden ships, and is also home to the Peperhuis, originally used to store spices and teas.

Elsewhere, there’s the Westerkerk, a 15th-century Gothic church with a removable wooden belfry, located in the heart of Enkuizen, which was completely restored and transformed into a cultural centre; and the historic Waag (weigh house), which overlooks the old cheese market.

Also worth a visit is the imposing Drommedaris – the 16th century south gate into the city. Named after the Latin word for camel, due to its shape resembling the animal’s hump, it is considered the city’s most famous landmark.