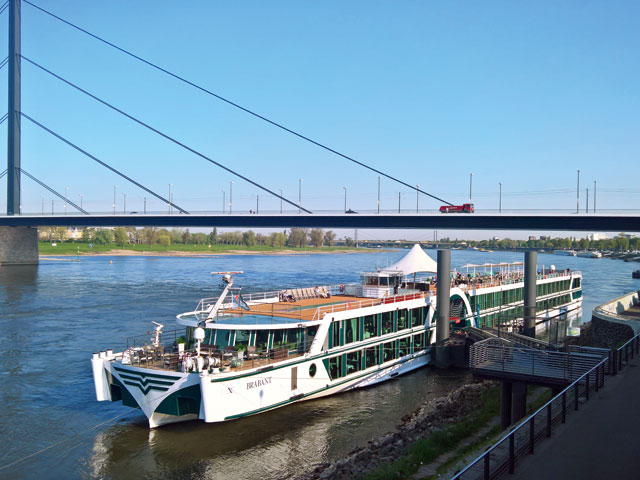 Dazzling Düsseldorf – the capital of the North Rhine-Westphalia state – is a vibrant modern metropolis situated on the banks of the beautiful Rhine River. A thriving economic centre, this stylish city is one of Germany’s largest, wealthiest and most populated, and renowned for its international media, creative and financial industries, cosmopolitan culture, buzzing nightlife and striking architecture.

At first glimpse of the city you can’t help but be impressed by the sight of Düsseldorf’s landscape-dominating modern marvels. The soaring, 240 metre-high Rhine Tower and the distinctive structures of the Media Harbor – which is home to the city’s trendiest bars, restaurants, cafés and hotels – are particularly impressive, showcasing the city’s wealth and recent development. Away from the banks of the Rhine there’s much more to discover within the ‘Stadtmitte’ district, such as the bustling, internationally-famous shopping street of Königsallee; the Japanese quarter; and the bustling banking quarter.

Take time to dig a little deeper and you’ll uncover a plethora of historic highlights in Düsseldorf too. Within the charming Altstadt district – which was almost completely destroyed in World War Two and subsequently rebuilt – you can take in the monuments of Castle Square, including the remains of the baroque palace and the city monument; centuries-old churches such as St Lambertus Basilika and Neanderkirche; the 16th century Rathaus and much more. The Carlstadt district, with its many museums, galleries, markets and collection of pretty baroque-style architecture, is worth a visit too.