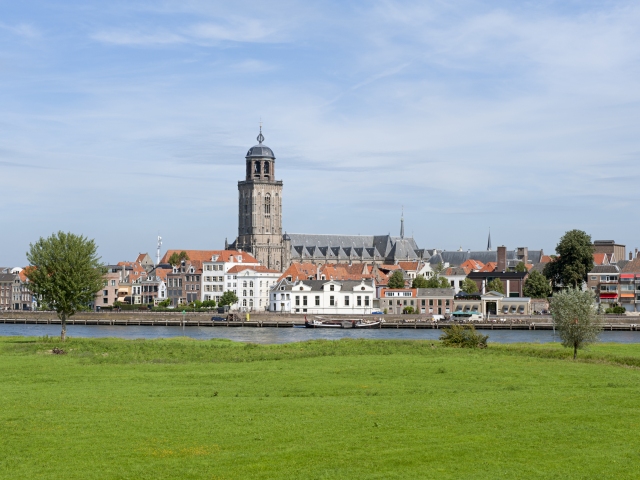 Deventer is one of the Netherlands’ oldest and most important historical cities. It is believed that the first settlement here appeared in the 9th century; however Deventer really came to prominence in the 10th century when it became a fortified city and a flourishing trade port – thanks to its favourable position on the banks of the River Ijssel. By 1500, Deventer had become so integral to the Dutch trade industry that the city became a member of the Hanseatic League.

Between the 16th and 19th century Deventer’s importance as a trade city unfortunately dwindled because of the constant change in flow and depth of the Ijssel, which restricted access to cargo vessels. However, the previous years of growth and prosperity had already shaped Deventer into the delightful gem that is such a joy to explore today. The beating heart of the city is its enchanting historic centre, where narrow streets, avenues, alleys and squares are packed with striking structures and monuments – many of which date back to the Hanseatic era and beyond. With plenty to see, the best way to explore the city is on foot.

Highlights include the Waag 16th century weighing house in Brink Square, which today is home to the interesting Deventer City Museum; the medieval Bergkerk ‘mountain church’; Grote Kerkhof church; and the imposing gothic-style Saint Lebuïnuskerk church, featuring an impressive tower and beautiful ceiling paintings. Deventer is also home to the oldest stone house in the Netherlands, which dates back to around 1130; as well as the country’s oldest library, Atheneumbibliotheek, and the oldest park, Worpplantsoen.