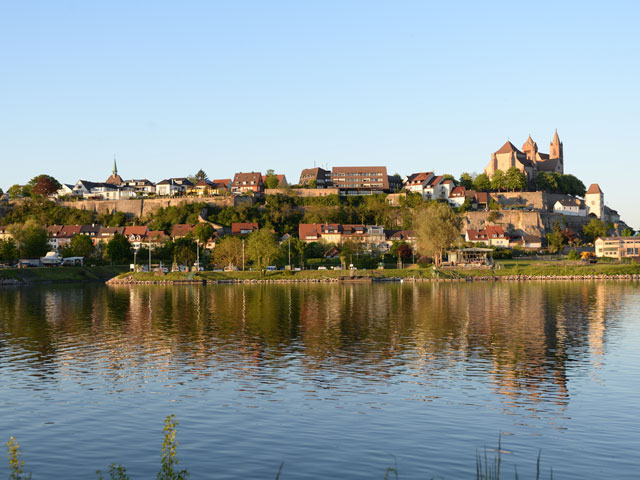 Situated in the south-eastern corner of Germany near the beautiful Black Forest, just the width of the River Rhine separates Breisach from the gorgeous Alsace region of neighbouring France. With this in mind, it may come as little surprise that this charming city shares a passion for delicious cuisine, wines and striking architecture with the pretty French settlements you can see across the water.

The historic heart of Breisach offers little to remind you that around 85% of the city was destroyed in World War Two, so meticulous has been the reconstruction of the delightful cobbled streets, pastel-hued houses and magnificent monuments. Not to be missed as you wander around this German gem is the impressive 13th century St Stephen Cathedral – Breisach’s most famous and eye-catching structure – which towers over the terracotta rooftops as a symbol of the city’s defiance; the rebuilt Rathaus; Radbrunnen Tower, originally built in the Middle Ages; and the Baroque Rheintor Tower.

If you, like many of the locals here, have a penchant for fine wines, be sure to stop by one of the many taverns dotted around the city to sample locally-produced tipples from the renowned vineyards of the Baden region; or perhaps even visit one of the biggest wine cellars in Europe, Badischer Winzerkeller.