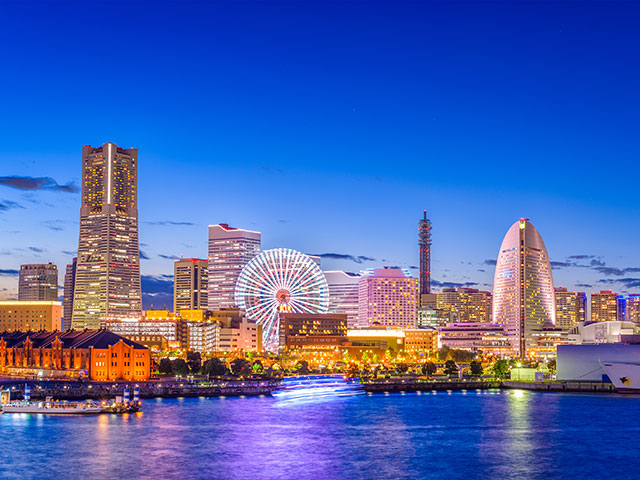 While Yokohama is Japan’s second largest city, boasting a population that has grown into the several millions and bustling districts overlooked by towering skyscrapers, offices and apartment blocks, the capital of Kanagawa Prefecture – and its friendly citizens – welcomes you to explore with open arms and breezy, laid-back attitude.

Across the city awaits a mix of diverse attractions, sights and highlights, some old and some new, some a representation of Asia at its most modern and some a glimpse of Japanese tradition and heritage. You can compare and contrast the architectural wonders of Minato Mirai – the new city centre – and the temples, shrines and tranquil lakes of landscape gardens such as Sankeien; and even absorb all the excitement, culture, sights and scents of Japan’s largest Chinatown district.

Be sure to sample the delicious culinary delights on offer too; tasty ramen noodles are a big part of the staple diet here, and are even celebrated at museums dedicated to them.