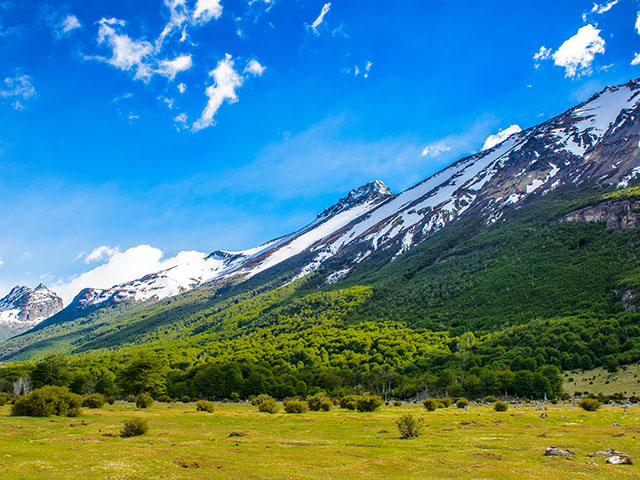 Famed for being the world’s southernmost city, Ushuaia is located at the tip of Tierra del Fuego, between the snow-capped Andean mountains and the Beagle Channel.[ReadMoreMob] The city is a great base for exploring some of the region’s remarkable sites, and a starting point for heading south towards Antarctica.

Ushuaia’s ‘end of the world’ status is popular for adventure-seekers, particularly Tierra del Fuego National Park which lies 11km west of the city. This expansive park is incredibly diverse, with glaciers, forests, beaches and mountains, providing endless opportunities for exploration.

One of the park’s top attractions is its wide range of flora and fauna, thanks to the varied landscapes, including Fuegian foxes, southern river otters, guanacos (closely related to the llama), black-browed albatrosses, woodpeckers and oystercatchers. The park can be reached via car or the ‘End of the World’ Train, an old railway line originally built to transport materials to a nearby prison which reopened as a tourist attraction in 1994. The train passes by the Pico Valley and Macarena Waterfall en route to the park.