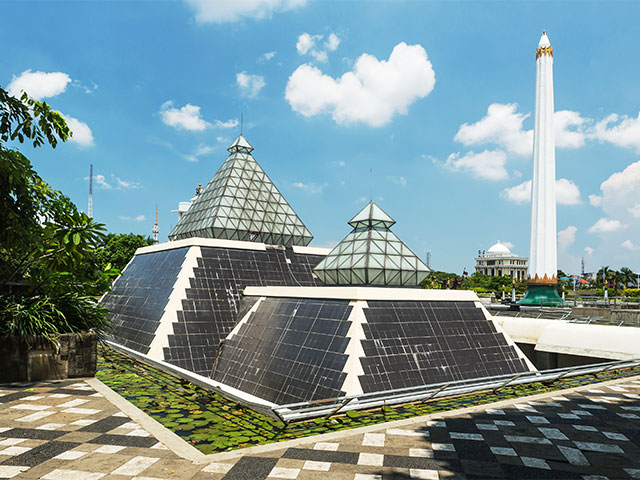 On the surface, Surabaya – Indonesia’s second city, situated on the northeast coast of Java Island – is just another of Asia’s sprawling, modern metropolises, with its busy port and thriving commercial districts, impressive cityscape of soaring skyscrapers and futuristic architecture, vast shopping malls and artisan markets selling trendy street foods and the latest must-haves.

Take time to dig a little deeper though and you’ll soon realise there’s much more to this incredible city.[ReadMoreMob] Surabaya is known as the ‘City of Heroes’, in recognition of the major role it played in the National Revolution between 1945-1950, and the iconic Majapahit Hotel – where nationalists famously tore away the blue strip from the Dutch flag in 1945 – is a must-visit site.

While proudly Indonesian, the city doesn’t shy away from its undeniably Dutch-influenced past however, and this heritage can be seen in its Amsterdam-esque canals and fine examples of colonial architecture, such as the stately, 19th century House of Sampoerna and Grahadi, the colonial-era residence of the Governor of East Java.

There’s a prominent mix of Chinese and Arabian influences on display today too – Surabaya is home to one of Asia’s largest and most diverse Chinatown districts, as well as a labyrinth-like Arab Quarter, which is home to a collection of beautiful mosques, temples and authentic, Middle Eastern souk-style markets.