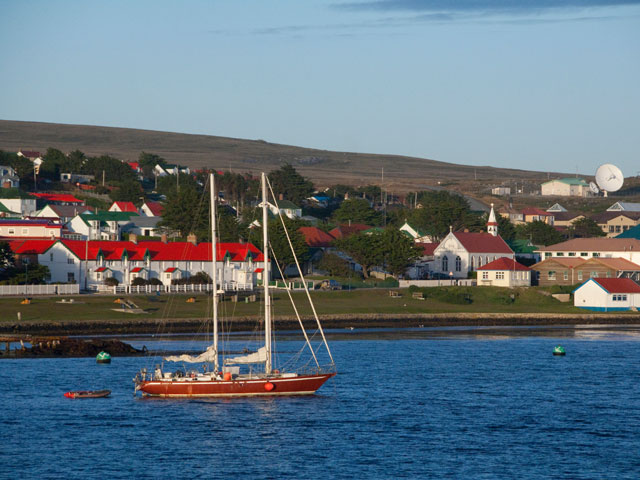 Named after Edward Stanley, Secretary of State for War and the Colonies when the settlement began in 1843, it became the capital in 1845. Port Stanley is home to the world’s most southerly Cathedral – Christ Church. The arch in front is said to be the most photographed sight in the islands: it is made from the jawbones of two blue whales. The Islands Museum has extensive displays on the 1982 conflict with Argentina, as well as exhibits about the islands’ history, flora and fauna.
A stroll outside the town gives the chance to experience the stunning scenery and wildlife.[ReadMoreMob] The unpolluted air makes it possible to see even distant mountains clearly and the wildlife – penguins may come to inspect you – is astonishing in its variety. And after the walk there should be time for a drink in one of the two pubs in town.

The Falkland Islands are a haven for birdlife, with a wide variety of interesting species to be found in amongst the island's landscapes. Commonly spotted birds include gentoo and king penguins, black-browed albatrosses and southern giant petrels

So-called because of the vast amount of kelp found around the islands, Kelpers is the nickname for the people of the Falkland Islands. The majority of the 3,000 or so Kelpers are of British descent, with a strong British culture found across the islands.