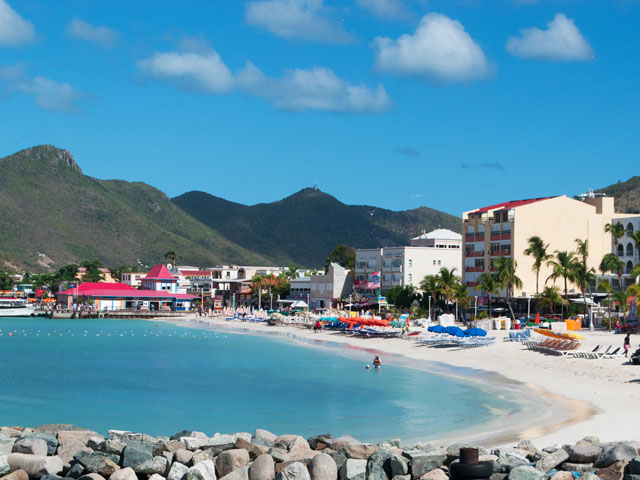 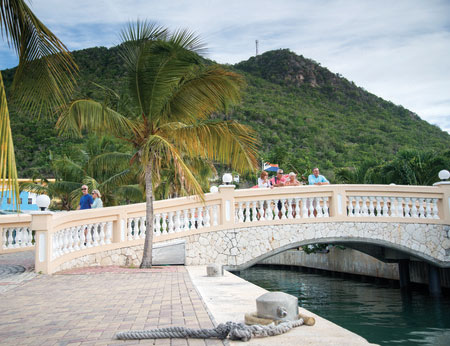 Philipsburg is the capital of the Dutch half of St. Maarten, a Caribbean island amicably shared between Holland and France for centuries. The town is known as a shopper’s paradise, while its charming sandy beach, studded with colourful clapboard restaurants and outdoor cafés, is accessible via water taxi.

Front Street, Philipsburg’s long main street, is festooned with shops, but the alleys and courtyards down to Back Street are also worth exploring.[ReadMoreMob] There are some stylish restaurants, but the Lo-Lo huts, which sell grilled chicken, fish and cakes from home-made barbecues, are great for a cheap snack of authentic Caribbean food.

This tiny island was divided between the Dutch and French in the 1600s, as a bastion against the Spanish. This melting pot of rich cultures and old-world charm was supposedly divided up by someone from each country walking round the coastline in opposite directions until they met up again.

Two historic forts reflect the island’s colonial past: Fort Amsterdam, built in 1631 and soon after captured by the Spanish, offers fine views over Philipsburg from the original walls, and Fort Willem, built by the British during the Napoleonic War.

Maho Beach is located on the Dutch side of St Martin. It is famous for being adjacent to the Princess Juliana International Airport, and is a popular site for tourists and plane watchers, who visit the beach to watch aircraft on their final approach to the airport, passing a short distance above their heads. This is one of the few places in the world where aircraft can be viewed in their flight path just outside the end of the runway.

The national liqueur of St Martin, this spirit is made with oak aged rum, cane sugar and guavaberries, a fruit which grows throughout the Caribbean.

One of the most popular beaches on the island, Orient is a stretch of white sand bordering warm, clear waters.