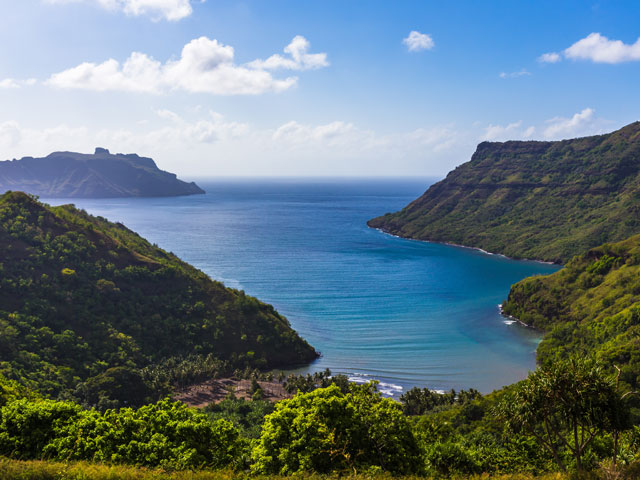 The beautiful French Polynesian Island of Nuku Hiva is the largest of the Marquesas Islands, and is dominated by two dormant volcanoes which have eroded to leave a 1,200m peak, surrounded by lush, green fertile valleys.

The hidden Taipivai valley is where Herman Melville, author of Moby Dick, set his other great novel, Typee. The island is resolutely unspoilt. In its farms, pastureland and fishing villages, life carries on pretty much as it has for generations. The islanders are very welcoming of visitors, although there’s little concession to the tourist trade apart from a couple of souvenir shops.