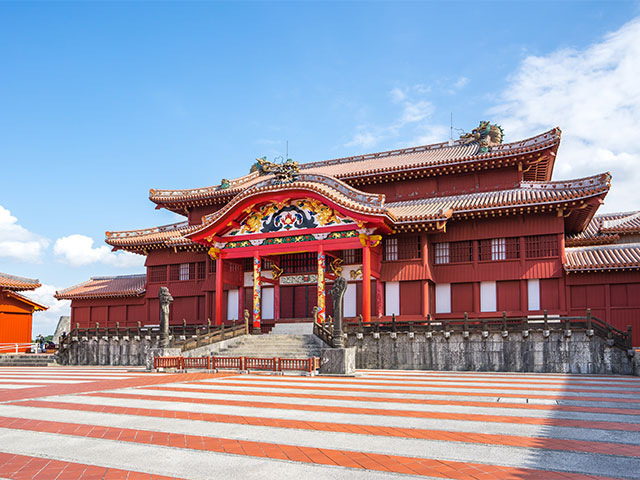 The name Okinama means "rope in the open sea" which is an apt name for the string of islands between mainland Japan and Taiwan. Naha is located on the coast with the East China Sea at the southern part of Okinawa Island. Its single beach is popular with visitors and includes scuba diving and kiteboarding.

Its main street ("International Avenue") boasts a 1.6km stretch of stores, restaurants and bars. The shuri castle has been rebuilt and restored and is now one of the main historic sights in the area and a UNESCO World Heritage site. The palace was used during WorldWar II as a major command post for the Imperial Japanese military.

The Makishi Market is known as the "kitchen of Okinawa" and consists of more than 400 shops on a single floor, selling traditional foods, dried sea snake, and vegetables not available on the mainland.