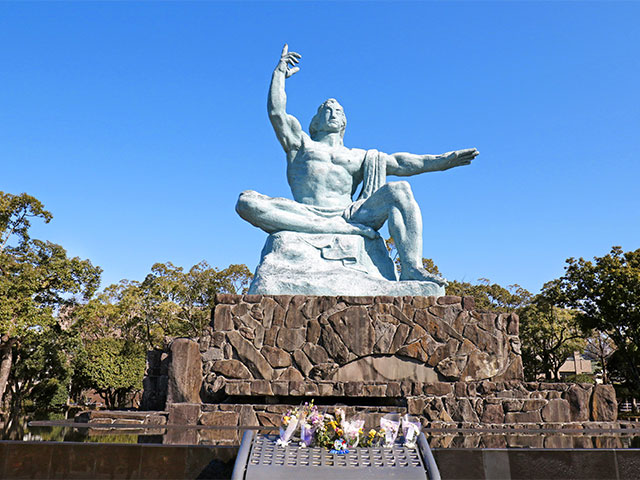 Nagasaki, and its harbour, nestle in the foot of Mount Inasa from which there are stunning views, especially at night - the so-called "Million-Dollar View".

From the mid-1800's, Nagasaki was a centre for heavy industry, especially ship-building, making it a major target in World War II.

After the war the city was rebuilt including new temples, several museums, the Christian Urakami Cathedral and even a penguin aquarium. The Nagasaki Peace Park has a Peace Symbols zone, established in 1978, which contains monuments donated by other countries, including Portugal, Cuba and Poland.

15 km off the coast of Nagasaki is Gunkanjima (literally "Battleship Island") which is a small island with the ruins of a mining town abandoned in 1974. Now a ghost town, it has been used in several movies, including the recent James Bond movie "Skyfall".