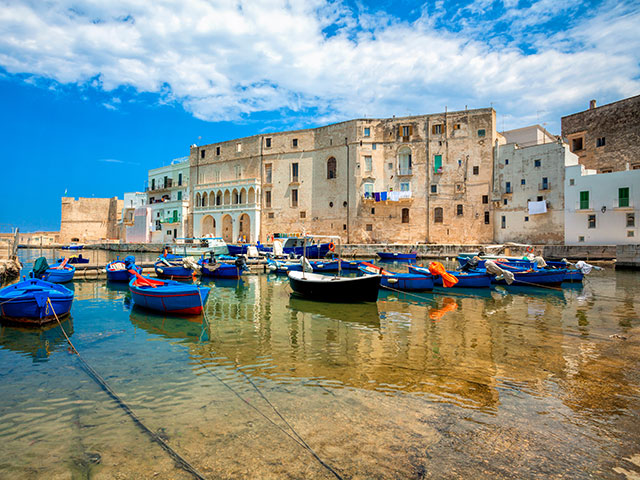 With its imposing, fortress-like appearance and busy fishing harbour, Monopoli perfectly contrasts the many beach resorts and sleepy towns situated along Puglia’s beautiful Adriatic Coast.[ReadMoreMob] While it may not have quite the same visual appeal as many of the picturesque locations found along the coast, this city reveals its own charms to those who take the time to delve into its heart.

As you wander the streets between the white-fronted buildings, and explore the harbour, you get a feel for Monopoli’s rich history, which dates back well before Roman times, and can sense the prosperity provided by the thriving local fishing trade. The Old Town in particular is a delight to explore; this area is dominated by the mid-16th century Castello Carlo V castle, while the Baroque-Romanesque cathedral and its towering belfry – built in 1693 – is an unmissable highlight.