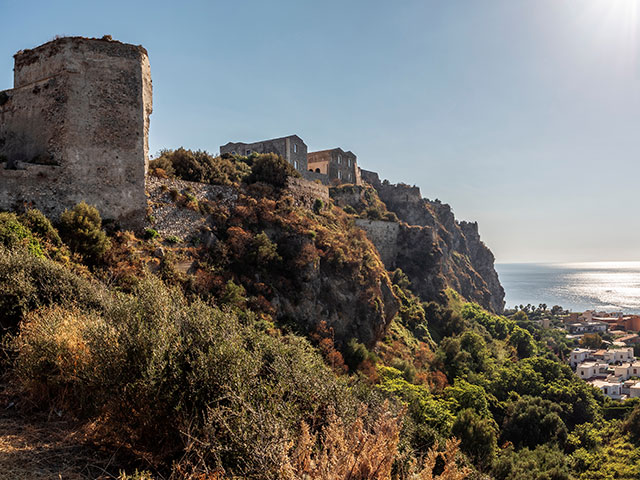 Dating back as far as 648 BC, when the Greeks founded a colony called Mylae, Milazzo’s colourful history has helped to shape the town today.[ReadMoreMob] Perched on top of a hill overlooking the town, is Castello di Milazzo, a sprawling citadel that was originally the site of a Greek acropolis. The site changed hands many times throughout history, with the Arabs, Normans, Aragonese and Swabians among the groups to have added to the original site.

Today, the citadel’s sprawling grounds are a great place to wander around, with the cathedral and Benedictine convent particular highlights, in addition to the excellent views over the bay below. Milazzo is also a popular starting point to explore the Aeolian Islands, situated north of Sicily in the Tyrrhenian Sea. This group of seven islands have been designated a UNESCO World Heritage Site as an excellent example of volcanic island-building. The islands are wonderfully varied and dramatic, with rocky coastlines, mountainous landscapes and black sandy beaches, as well as Stromboli, one of Italy’s three active volcanoes, on the island of the same name.