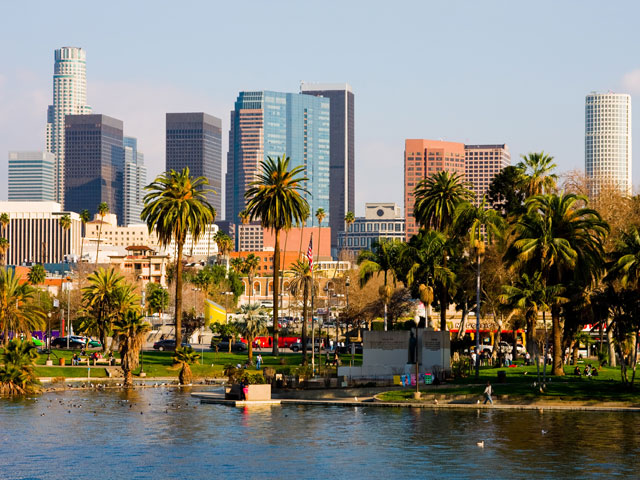 The City of Angels, Los Angeles, is a sprawling Southern California city along America’s Pacific west coast, and its rugged appeal, creative heart, and sunny disposition makes it one of the most vibrant places to visit on the planet.

At the centre of the nation’s film and television industry, the city offers the great American Dream – or at least the chance to visit Hollywood and Beverley Hills. Near its iconic Hollywood sign, the studios of Paramount Pictures, Universal and Warner Brothers offer behind-the-scenes tours. No trip to LA would be complete without a stop at Venice Beach Boardwalk, Mann's Chinese Theatre or the Walk of Fame, where celebrities’ hand and foot prints adorn the pavement.

The historic Queen Mary moored at Long Beach is another fantastic diversion, while the city’s numerous cultural attractions range from prestigious art museums and galleries to fabulous mainstream theatre and smaller fringe shows.

The city also packs a culinary punch. It boasts California's best tacos, the most authentic Korean and a vast swathe of vegan restaurants.