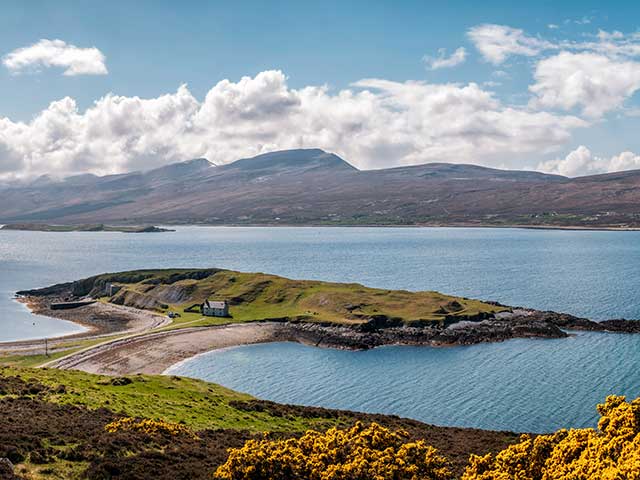 Scotland’s rugged north coast is dotted with islands, lochs and estuaries, as well as dramatic hills and secluded beaches, making it one of the most stunning areas of the country.[ReadMoreMob] On the western side of the north coast is Loch Eriboll, a 10-mile long sea loch which is one of the deepest in the country.

The small village of Eriboll, which gave the loch its name, sits on the eastern shore of the loch, while the western side is home to small townships including Portnancon and Laid. Around halfway down the loch is Ard Neakie, a small area of land connected to the eastern shore of Loch Eriboll by a narrow stretch of sand. Ard Neakie was once the site of a limestone quarry with four lime kilns, The famous Route 500 road passes by the end of the loch, which starts and finishes in Inverness, taking in some of the coast’s most scenic areas.