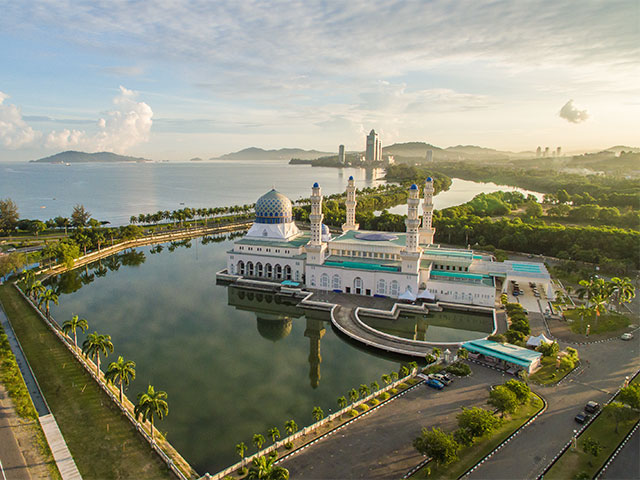 The capital of Sabah province on the island of Borneo, Kota Kinabalu has become increasingly popular in recent years as a base for exploring the lush rain forest and in particular the magnificent Mount Kinabalu. At more than 4,000m, this is highest peak on the island dominating the city skyline. It has over 800 species of orchid and more than 600 different ferns.

The city has some interesting buildings, including the century-old Atkinson Clock Tower, which is built on a hill beside Jalan Tunku Abdul Rahman. It gives great views of all the main sights, including the nearby Sabah State Mosque, with its delicate grey walls and glittering domes.

The State Museum combines a museum, botanical garden, zoo and a recreated Sabah village – all in the one place. Nearby is the Centre for Science and Technology and Sabah Art, with a building inspired by traditional longhouses. The six galleries have rich collections of local tribal artefacts.