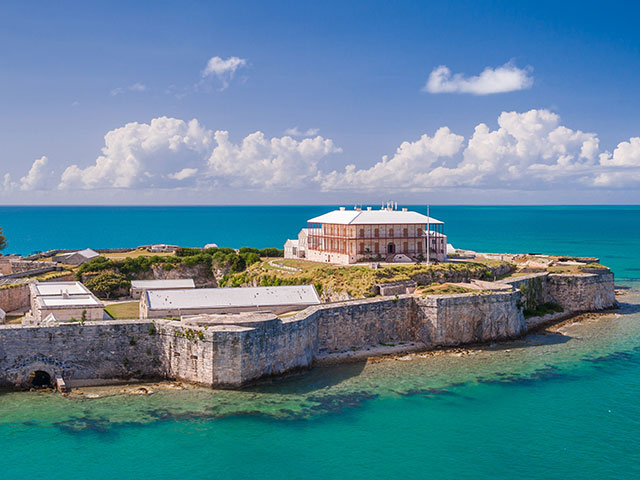 King’s Wharf is one of two ports in Bermuda, a British Overseas Territory in the North Atlantic.[ReadMoreMob] Situated on Ireland Island in the country’s West End, King’s Wharf is also known as the Royal Naval Dockyard. This historic area has plenty to offer, yet is only a 20-minute drive from the capital of Hamilton.

Used by the Royal Navy until 1995, the Dockyard has since been transformed into a popular tourist hub with restaurants, bars, shops and water sports available in the area. Remnants of its use as a naval base are still evident across the sprawling site, including stone buildings and fortifications.

The National Museum of Bermuda, in the grounds of the Dockyard, tells the story of the island’s history and contains numerous artefacts, from shipwrecked treasure to cannons to art. Hamilton is one of the smallest capitals in the world, and can be reached easily via road or ferry. This pretty harbour city has some lovely beaches as well as a picturesque harbour front lined with pastel-coloured buildings.