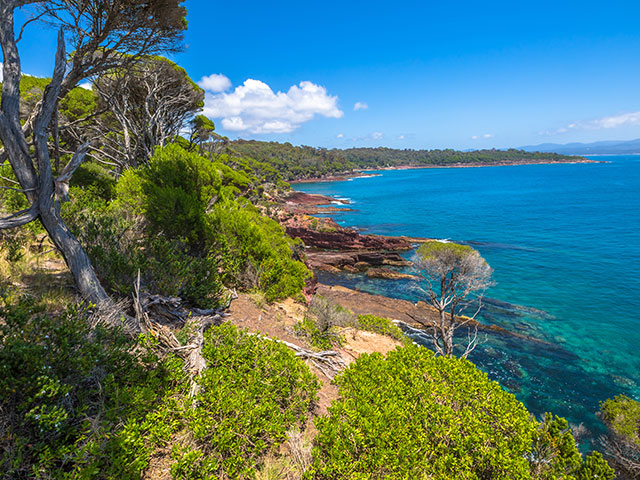 Eden is a quiet former whaling town located on the southern coast of New South Wales.[ReadMoreMob] This sleepy settlement's rugged cliffs, rolling hills, national parks and areas of breathtaking natural beauty are a joy to explore, while it's beautiful beaches are the perfect place to relax and look out for whales that often swim close to the shore.

Overlooking the natural harbour on Twofold Bay, Eden was established in the 19th century as a whaling station and it is still an important fishing port. However, it’s the outstanding natural beauty of the local scenery and the beaches which attracts many visitors. The town is surrounded by the Ben Boyd National Park, named after the founder of the nearby settlement of Boydtown, which dates from 1842. It’s now disused, although the old Sea Horse Inn is still open, sitting among the ruins.

In Eden itself, the small Killer Whale Museum has interesting displays on whales and whaling. And from the top of the former lighthouse – Boyd’s Tower – there are panoramic views out over the sea and the sandstone cliffs of the National Park.