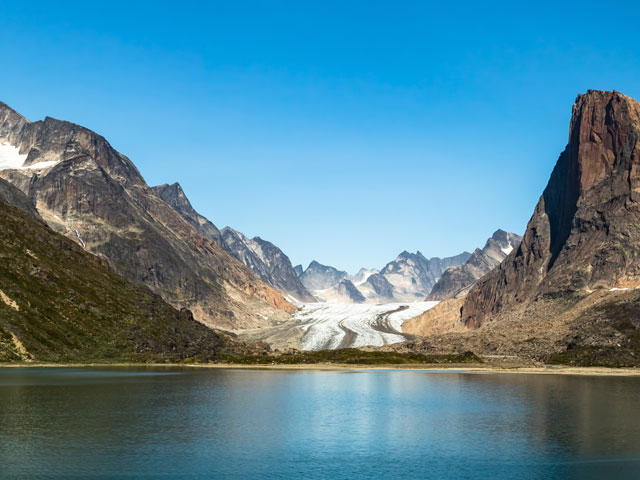 Carving a breathtaking, naturally-formed path separating the mainland from the pretty islands of Cape Farewell, Prins Christian Sund – named after Christian VIII – is one of Greenland's most scenic waterways.

66 miles in length, and flanked by magnificent glaciers and granite cliffs, this narrow passage is only accessible during the summer, when the largest icy blockades melt way, opening up an enticing route in land.

Sailing the sound aboard a Fred. Olsen ship brings you closer to the glaciers, huge icebergs and imposing peaks for unmissable photo opportunities, while a range of wildlife, including bearded seals, seabirds such as black guillemots, and even minke and blue whales, is often seen too. Among the unspolit landscape, the Inuit village of Aappilattoq – the sound's only sign of human habitation – is also worth looking out for.

The Fjords of Greenland

Exploring the Arctic with the Midnight Sun