Cruising by the Skelligs Cruises 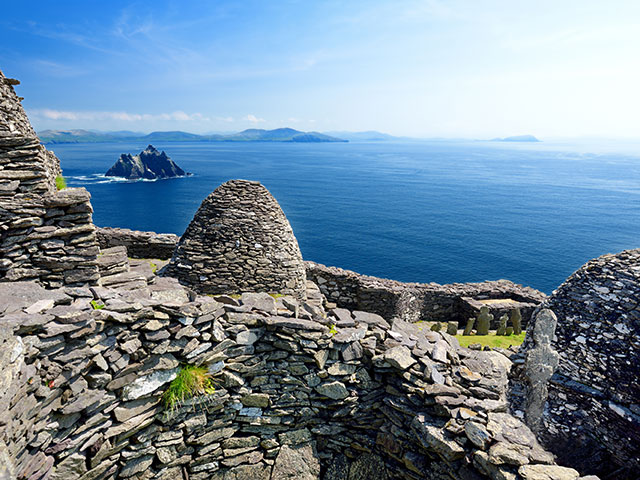 View all Cruising by the Skelligs cruises

If you’ve seen recent Star Wars films, you’re likely to have seen the Skelligs, as they were used as the filming location for some of the most important and iconic scenes in Star Wars: A Force Awakens and Star Wars: The Last Jedi.[ReadMoreMob]

But while the scenery of the Skelligs makes for an impressive visual on the big screen, that’s nothing compared to the impression they make when you see them in real life, witnessing the wonder of these magnificent rock formations situated off of Ireland’s southwest coast.

Your smaller-sized Fred. Olsen ship takes you slowly by the Skelligs, so you can marvel at the jagged cliffs and rock faces, and the huts, oratories and crosses of the beautifully preserved, UNESCO-listed Christian monastery on Skellig Michael, the largest of the two islands, which is also home to vast colonies of puffins and other sea birds.

Cruises to Cruising by the Skelligs