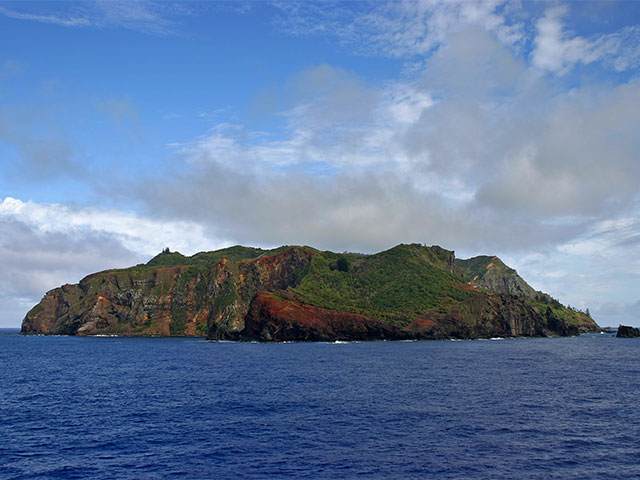 The beautiful Pitcairn Islands are the last British colony in the South Pacific Ocean and are renowned for their pristine volcanic landscapes, beautiful beaches and incredible fauna and flora. Pitcairn Island – the remote archipelago’s only inhabited island – has a rich history, and it was here that Fletcher Christian and eight mutineers aboard the HMS Bounty, along with their Tahitian companions, came in search of a new life. Today, around 50 people live in Adamstown, the capital of the archipelago. Sailing slowly by Pitcairn, you’ll enjoy views of the spectacular peaks and steep, colourful cliffs, as well as huge reefs which surround the island. Said to be the world’s largest fully protected no-take marine reserve, the crystal clear waters here are filled with hundreds of tropical fish species and some of the most well-developed corals on earth.

Cruises to Cruising by Pitcairn Island