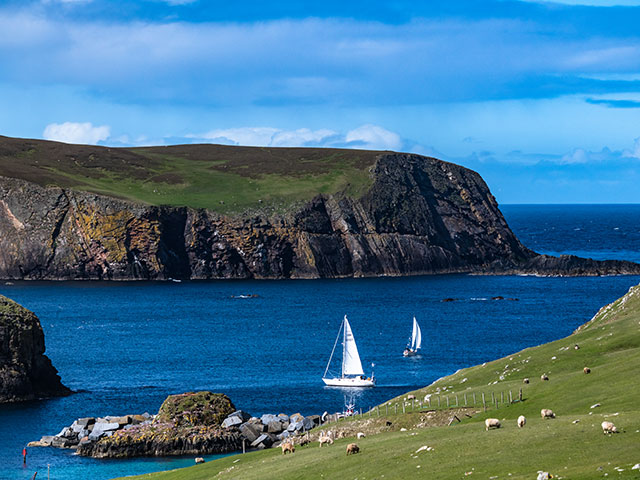 Just three miles long by one and a half miles wide, Fair Isle is the most remote inhabited island in the United Kingdom, lying around halfway between Orkney and Shetland (it is administratively part of Shetland). [ReadMoreMob]It’s both an important breeding ground for seabirds and a stopping point for migrant species. Guillemots, razorbills, puffins, fulmars, starlings and kittiwakes are among the most common species to look out for.

Under ownership of the National Trust of Scotland since 1954, Fair Isle is one of the 31 sea areas featured in the Shipping Forecast and is famed for its sheep, wild flowers and multi-coloured knitwear, which developed in the early 19th century. There are still small numbers of garments produced by the island’s permanent population of 60 people today.

Cruises to Cruising by Fair Isle