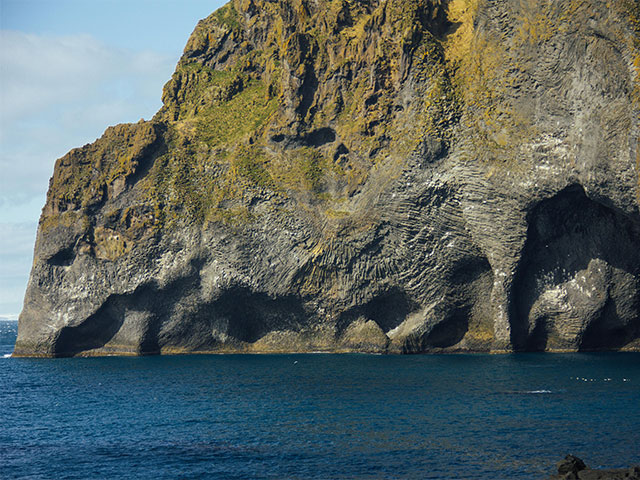 Elephant Rock is an incredible natural rock formation which is said to have formed following the eruption of Heimaey Island’s Eldfell Volcano in the 1970’s. It is named Elephant Rock as its appearance is akin to a giant elephant dipping its trunk into the Atlantic Ocean which surrounds the island.

A remarkable example of Mother Nature at work, Elephant Rock is best seen from the sea; and there no better way to admire this wonderful natural wonder than from the decks of your Fred. Olsen cruise ship.

Cruises to Cruising by Elephant Rock