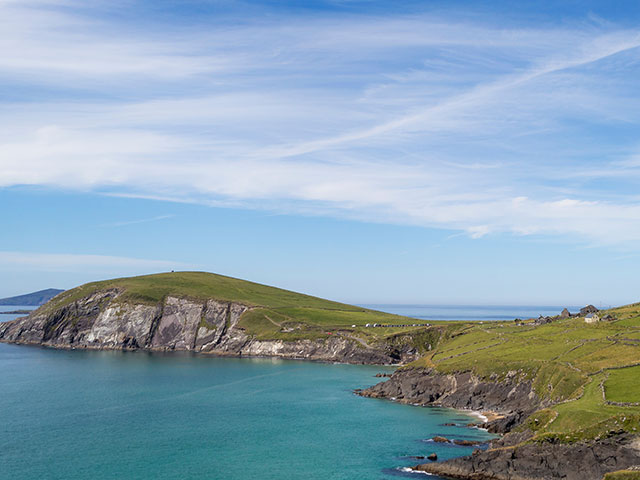 Some three miles off the coast of the Dingle Peninsula and Ireland’s spectacular Wild Atlantic Way lies Great Blasket Island, the most westerly point in Europe and one of the most beguiling sites on the Emerald Isle’s seemingly endless list of breathtaking scenic highlights.

As you sail along the dramatic southwest coast of Ireland, the sight of Great Blasket’s verdant lands will capture your attention as soon as they appear on the horizon, and as they draw closer you can’t help but be captivated by the diversity of its landscape, with its mix of softer, undulating mounds and sharp peaks, pretty beaches and craggy rocks which the Atlantic Ocean waves crash into on the shore. Look out for the island’s historic landmarks and ruins too, as well as its wildlife – there’s abundant bird and sea life here, including dolphins in the surrounding waters.