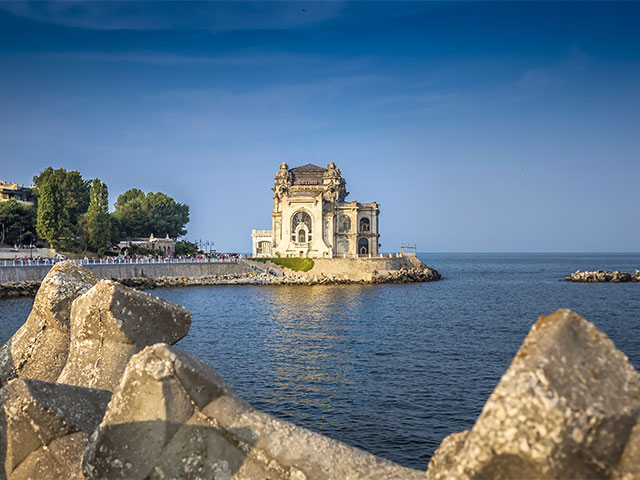 Situated at the crossroads of several commercial routes, Constanta lies on the western coast of the Black Sea. Recalled by several Byzantine writers under the name of Constantia or Constanta.

Today, Constanta has a superb archaeological museum, while Trajan’s victory monument is at Adamklissi.[ReadMoreMob] Landmarks include the Ovidiu’s Square, Roman Mosaics and the Genoese Lighthouse, which only stands at a height of 16 metres. Dating from the middle of the 19th century, it's octagonal shape makes it popular for it's construction; and it now stands as a enchanting tourist point in the city.