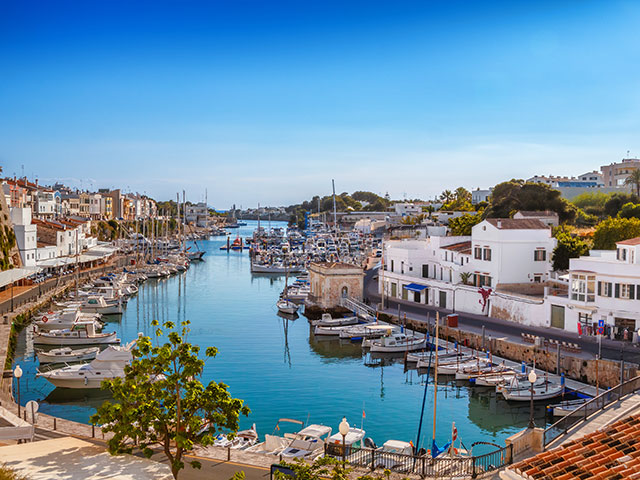 Combining a captivating mix of fascinating history and beguiling beauty, it’s no wonder Ciutadella is known locally as Vella I Bella or ‘Old and Beautiful’. First settled by the Carthaginians, and once ruled by the British, Menorca’s second city and former capital is now typically, and proudly, Spanish.

Situated on the island’s picturesque west coast, fronted by gorgeous coastal landscapes and featuring a charming port and old quarter, Ciutadella makes for a Menorcan delight. Venture into the city from your docking location and it’s not long until you find fine examples of centuries-old landmarks and monuments, including several Baroque and Gothic churches, Teatre Municipal d’es Born and the palaces of Palau Salort and Palau de Torresaura. Particular gems are Placa d’es Born square and the 13th century Placa de la Catedral, which serve as reminders of the city’s various influences and the Turkish invasion of Menorca in the 16th century.

In addition to the city’s many historical sites, Ciutadella’s highlights also include bustling markets and plenty of traditional bars, restaurants and cafés that not only offer a taste of the local cuisine, but a taste of the local culture and what it’s like for those lucky enough to live here. And, while the city doesn’t have it’s own beach, there are lovely secluded spots to be found just a short distance away, perfect for making the most of Menorca’s warm Mediterranean climate.