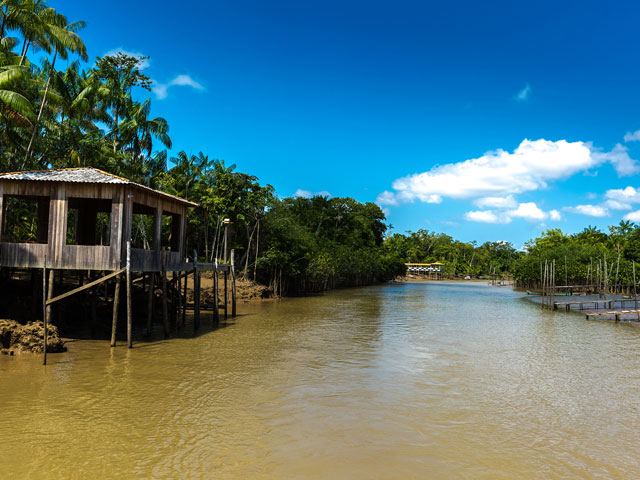 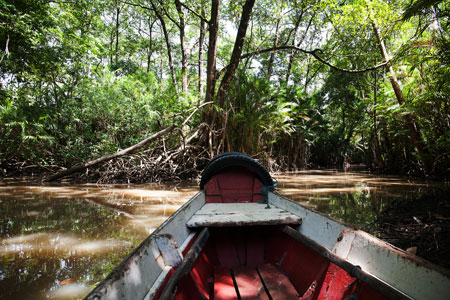 Established by Portuguese explorers in 1616, Belém was the Amazon's first European settlement. The city became part of Brazil in 1775 and the centre of the region's slave trade, as well as an important hub for sugar, rice, cotton and coffee exports in the 17th century. [ReadMoreMob]

Today Belém is typically Brazilian: modern and vibrant, yet retaining its historic charm. Bustling commercial districts packed with tall skyscrapers blend with sprawling markets, handsome squares, and centuries-old buildings. The Cidade Velha district is of particular interest. Other highlights include the modern art in the Goeldi Museum, colourful Azulejo-tile houses, the 17th century fortification known as Forte do Castelo, and the neoclassical Teatro da Paz theatre.

Authentic Amazonian fauna and flora awaits at Mangal da Garças Eco Park and Zoo with species of native Bacurizeiro and Mangifera trees, as well as flamingos and herons all up close. Ilha de Marajó, one of the world's largest river islands, is nearby. Situated where the Amazon meets the Atlantic Ocean, this is a haven for water buffalo, seabirds and even piranhas.