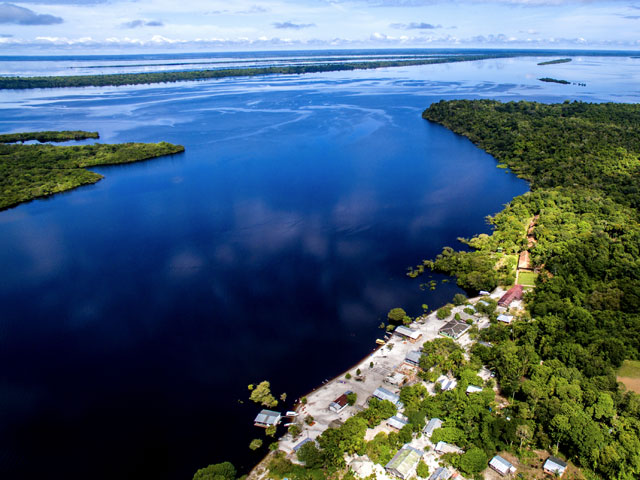 Anavilhanas, and the astonishing splendour of the surrounding National Park, lies in the heart of the Brazilian Amazon.

The Anavilhanas National Park is a natural paradise of dense Amazonian jungle and rainforest, stunning islands and beautiful lakes. Situated around 60 miles upstream along the Rio Negro from Manaus, it's the world’s largest freshwater archipelago and home to various species of endemic wildlife. The incredible ecology and diversity of Anavilhanas is waiting to be discovered in the narrow, jungle-covered channels that cut between some 400 islands.  [ReadMoreMob]

During the rainy season, between January and June, many islands are submerged by the Amazon’s dark-coloured waters, and birds, monkeys, reptiles and amphibians are animals most likely to be seen. When the waters subside in the drier season, white-sand beaches and even the roots of the trees are exposed, creating the perfect habitat for tapir, deer and big cats such as jaguars and pumas. [ReadMoreDesk]

The abundance of protected aquatic wildlife includes giant otters, Amazonian manatee and enchanting Pink River dolphins. Anavilhanas is also the only part of the Amazonas where every species of Amazonian alligators can be seen in one place.