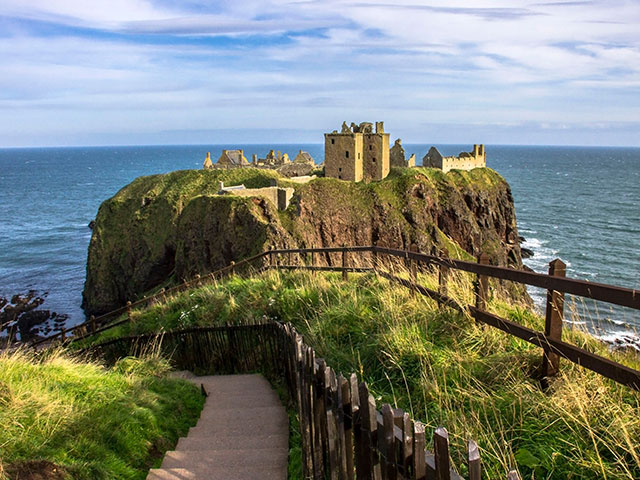 A city of charming contrasts, Aberdeen is known as the ‘Flower of Scotland’ or ‘The Granite City’, depending on where you look or whom you speak to. It is famous for its iconic buildings, built from granite sourced from the now-abandoned Rubislaw Quarry, that twinkle with silver-grey hues when the sun shines, and its picturesque gardens and parks.

An ideal destination for hours of leisurely exploration and sightseeing, Aberdeen boasts architectural highlights and landmarks aplenty, such as the striking St. Machar's Cathedral; the University and King’s College, founded in the 15th century in the historic Old Aberdeen district; and the neo-Gothic Marischal College.[ReadMoreMob] Arts and culture are a big part of Aberdeen’s appeal too. There are several interesting museums and galleries, and the hordes of shops and markets – including those in Scotland’s second-biggest shopping centre – provide the perfect excuse for retail therapy.

As a traditional seafaring city, the harbour and waterfront has long been at the heart of Aberdeen, and remains one of the city’s main attractions. It’s a popular spot with nature lovers, as a starting point for boat tours seeking out marine wildlife such as dolphins and whales, while the Maritime Museum offers a fascinating insight into the harbour’s history and Aberdeen’s role in growth of North Sea gas and oil industries. There’s also a beautiful beach, complete with golden sands and quintessentially British promenade.